I know I have not introduced you yet, but Husband and I are the proud owners of Flash!  He is our 4 door, silver bullet (except when Husband stalls out on hills), hatch back, kind of like a whale, station wagon.  The bonus is that Flash has plenty of room for all those Ikea runs. 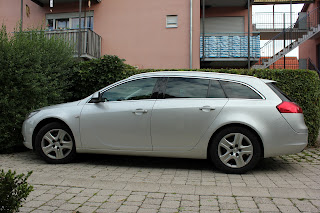 Husband was fortunate enough to be "loaned" a car from his company during our time in Germany.  60% of the cars you see around Munich are actually company cars!  Flash is made by a company not common in the States called Opel.  Here is his logo, hence his name: 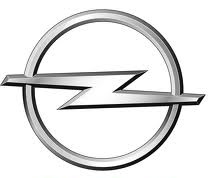 Well in just our short two weeks as parents to Flash something kind of sad happened.  Flash got a flat!  Luckily, it happened just in front of our temporary home.  Saturday morning Husband saw the flat tire on the right back side of Flash.  No big deal.  Husband is perfectly capable of changing flat tires.  He opened the back hatch, inside he lifted the secret spare carpet door, and there it was.  A can of Fix a Flat.  WHAT?!  How can you expect a can of Fix a Flat to work when well, your tire is FLAT?!?! 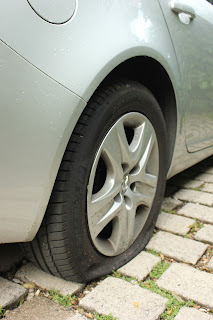 Fix a Flat= Not a Solution!

Most businesses close at noon on Saturday and do not reopen until Monday mornings.  For the rest of the weekend our Flash was out of commission and we were summoned to public transportation. (I actually like the trains and pretend I'm at Disney World on the tram.)

After much deliberation and different scenarios of how to get Flash rolling again it was decided that a tow truck would have to be called in.  Monday afternoon they towed Flash away.  The tow company claimed that in addition to the flat tire there was also a bent wheel.  We knew that wasn't from us because Flash got his flat sitting in his spot and I saw the tow man drive Flash a few yards to the tow truck.  Not only did Flash need a new tire but a wheel part had to be ordered as well. 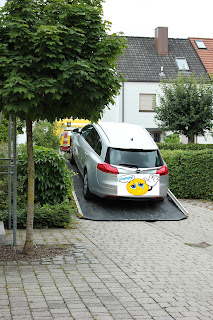 Thursday, after three days in the shop, Husband was able to bring Flash home.  What a process a lil' o' flat tire became!  And yes, we did try calling Triple A...Germany is not in their territory.