If blogging were an Olympic sport, I'm not sure I would win the gold metal.  I want to get better at writing more often as I do have things to tell.  I simply do not have an excuse. (eh...shopping....crafting...reading...)

Speaking of the Olympics... Husband and I visited our second Olympic stadium this year.  The first stadium we visited back in August was Olympia Park, home of the 1972 Olympics held here in Munich.  I must confess, the purpose of that visit was to attend the flea market held in the parking lot.  In the end, the flea market turned out to be a bust but we have decided sometime in the future we want to take a tour of Olympia Park.  It has some pretty amazing architectural features.

This past Saturday we drove an hour south into the start of the Alps.  We spent the day in Garmisch-Partenkirchen which is a highly tourist area come ski season.  It is here in the mountains that the 1936 Winter Olympics were held.  Husband and I spent the later part of the afternoon hiking up a mountain, 216 steps each way, towards the top of the Olympic Ski Jump.

It is astonishing to see a ski jump in person.  When someone wants to learn to fly, ski jumping is probably the sport for them.  After Husband and I climbed to the top of the slope we already were feeling how high up we were from the ground.  We weren't even at the furthest top point of the entire ski jump!  Neither one of us stood too close to the dainty red rope because when you can't see over the edge of something, you just know it is a straight shot down.  This was not the kind of green hill you want to roll down as if you are at recess back  in 3rd grade.

The Olympic Ski Jump was renovated back in 2007 to provide a more challengingly, gravity defying jump.  I hope that sometime during our stay in Germany Husband and I will get to attend a ski jump event.  Just seeing how steep and high the jump is up the mountain makes me want to watch in amazement as someone takes that leap of faith.

Here are some photos from the Olympic Ski Jump: 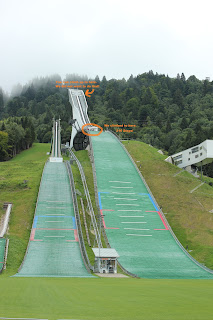 Check out where we climbed 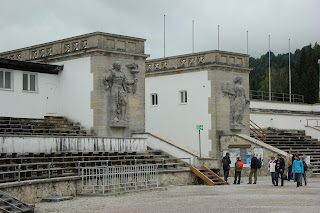 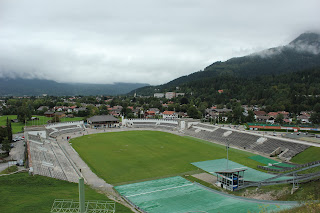 About halfway to the top of the slope﻿ 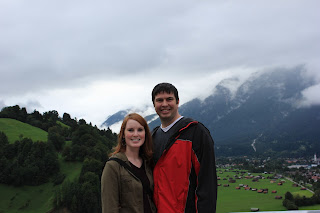 Halfway to the top of the slope﻿ 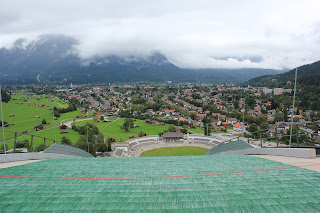 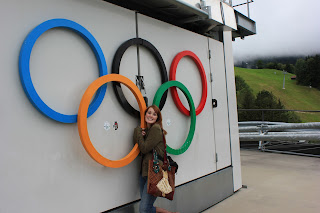 Husband already gave me two rings and yet.... 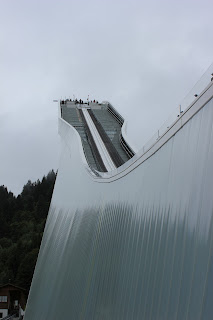 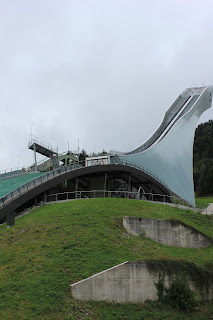 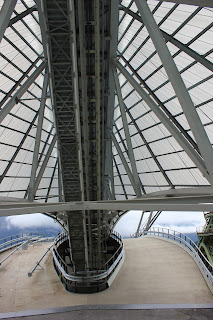 Beyond that walkway is the top of the slope 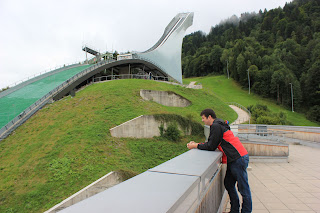 Huband checking out the view 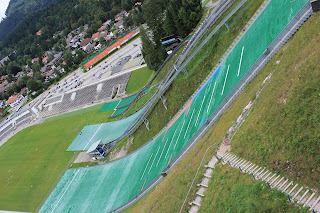 And some people are afraid of slides... 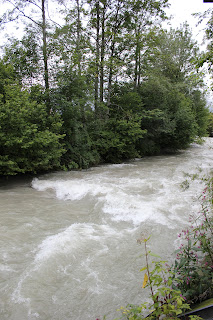 Below the mountain there was a roaring river 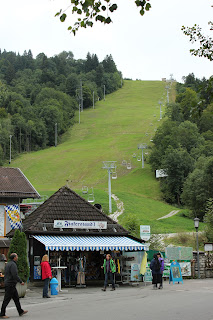 Lots of people out hiking the mountain
And because I like to post videos...Here is ski jumping in this stadium:
Who's coming skiing? When I say skiing, I really mean hot tubing...