For the past month or so I have been planning a special day. Husband just celebrated his 30th birthday! 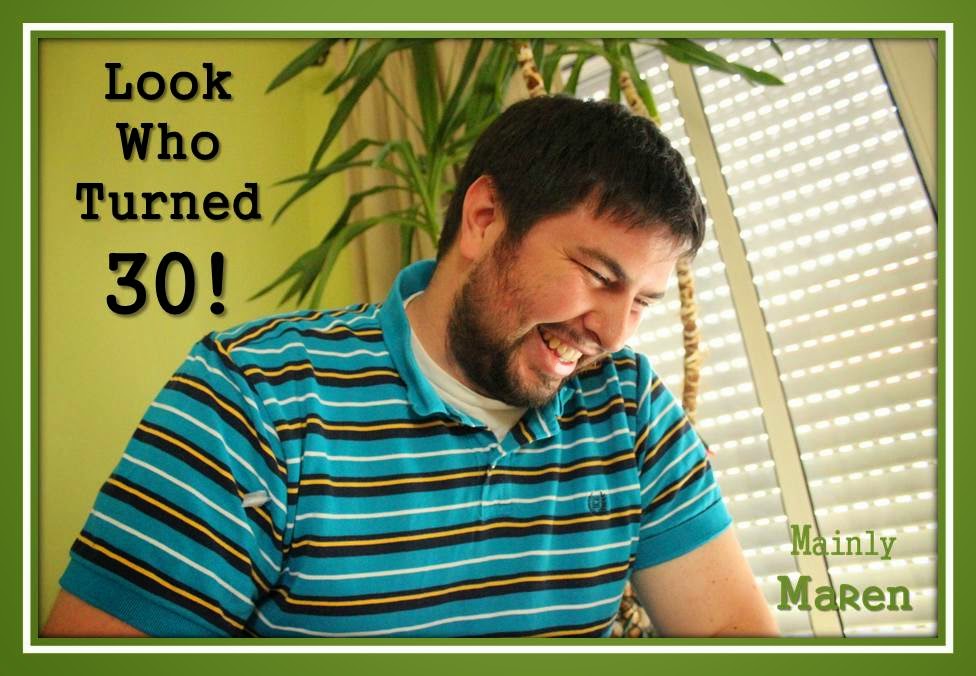 Last year we celebrated with a weekend trip and castle stay in Rothenburg o.b. Tauber. Each hour on the 29th minute Husband had to open a small present no matter where we were in the city. The blog post turned out to be one of my most popular pins on Pinterest! 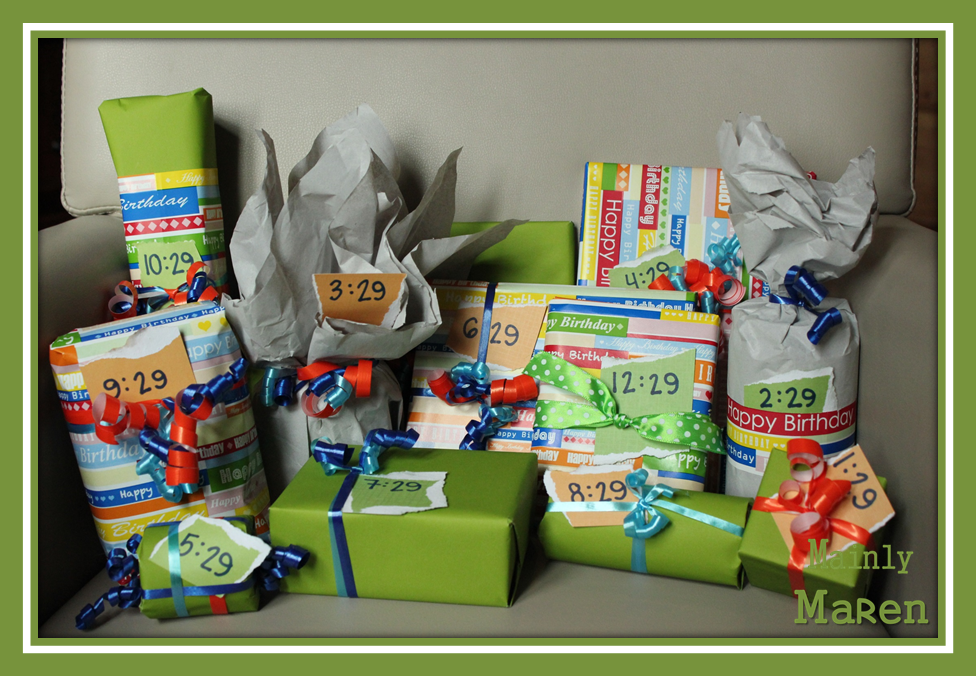 This year we kept things small, as in not having a ginormous blowout party, but his day was still choked full of family fun. 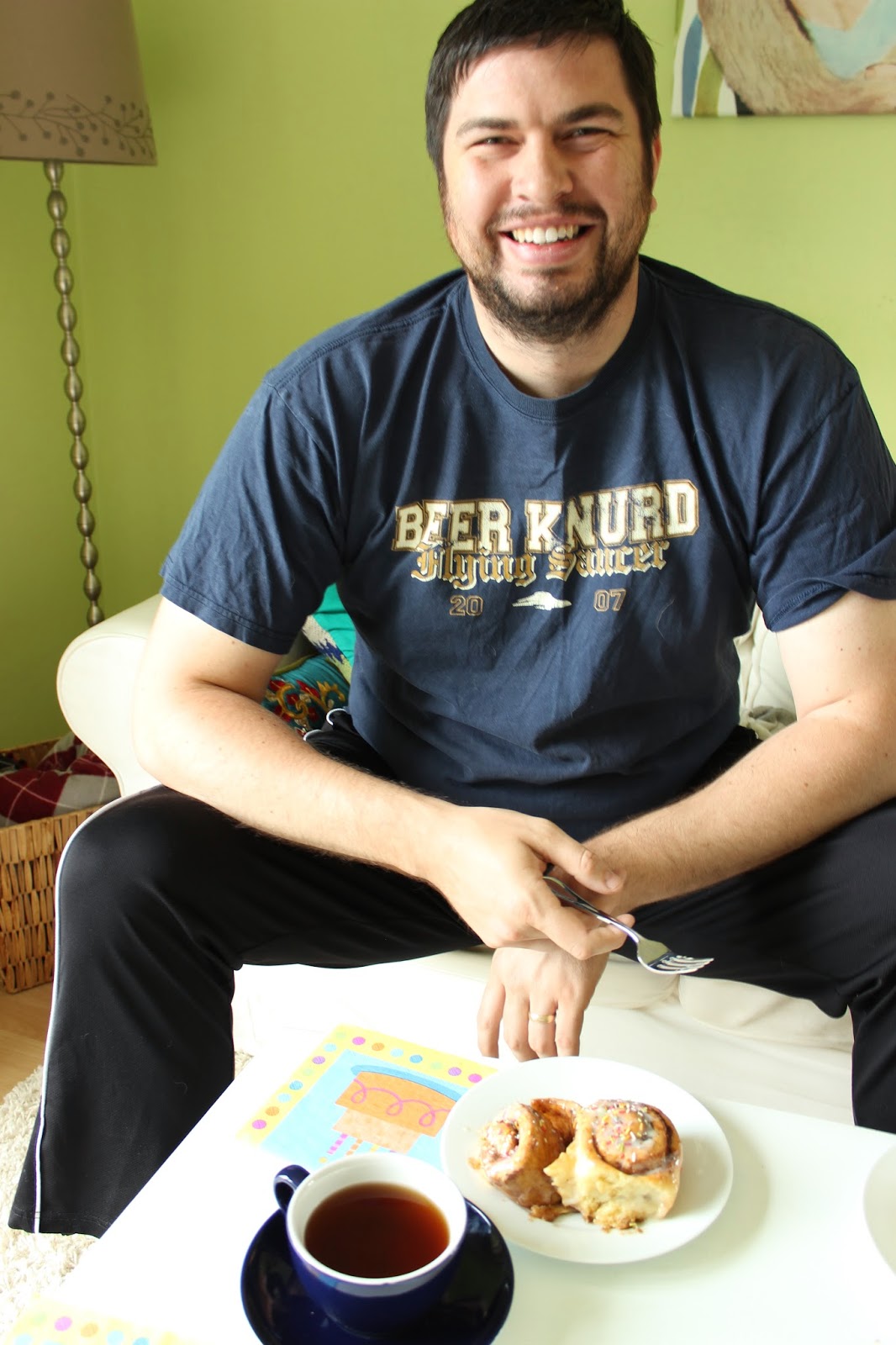 To help celebrate, Husband's parents were in Germany for two weeks. His mom and I collaborated in email on a risky plan to surprise him with something unexpected. 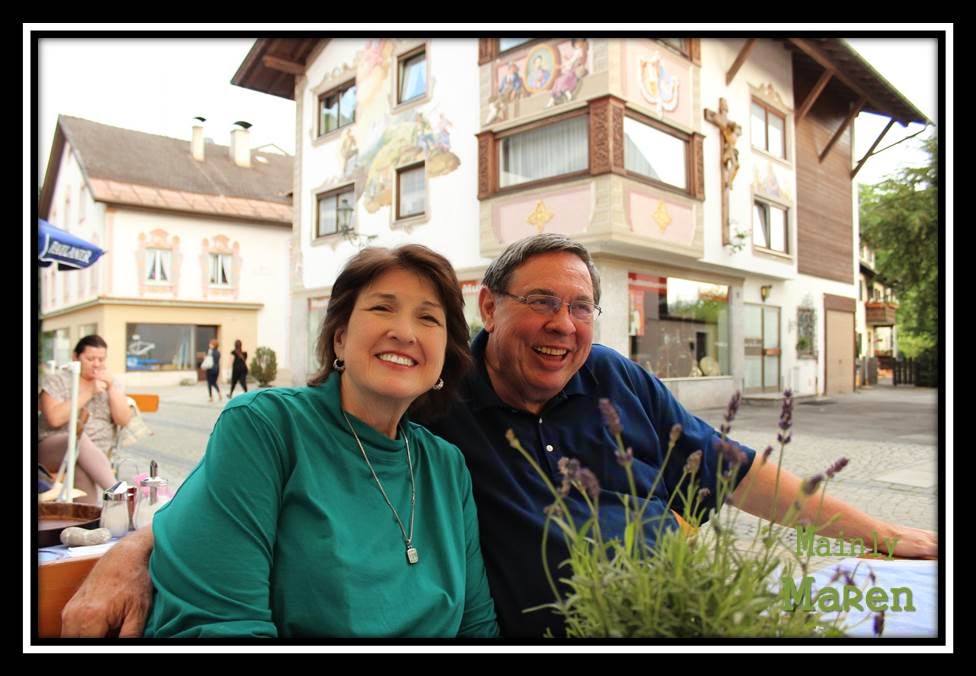 Husband's 30th birthday somewhere along all the planning took on a Bavarian theme. I love themes by the way; party themes, gift themes, teaching themes, Hey, a theme on themes! Ok, back on track. 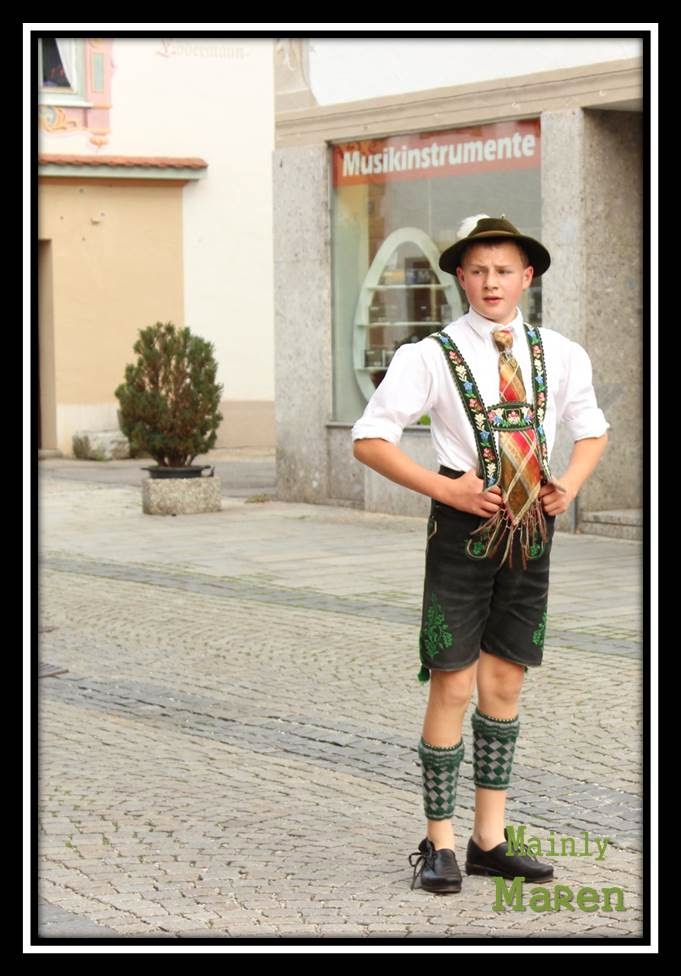 The traditional colors of Bavaria are royal blue and white. The flag is famously checkered alternating between these two colors. Since it was a BIG birthday I wanted to add in pops of bright colors. Afterall, it's a celebration! 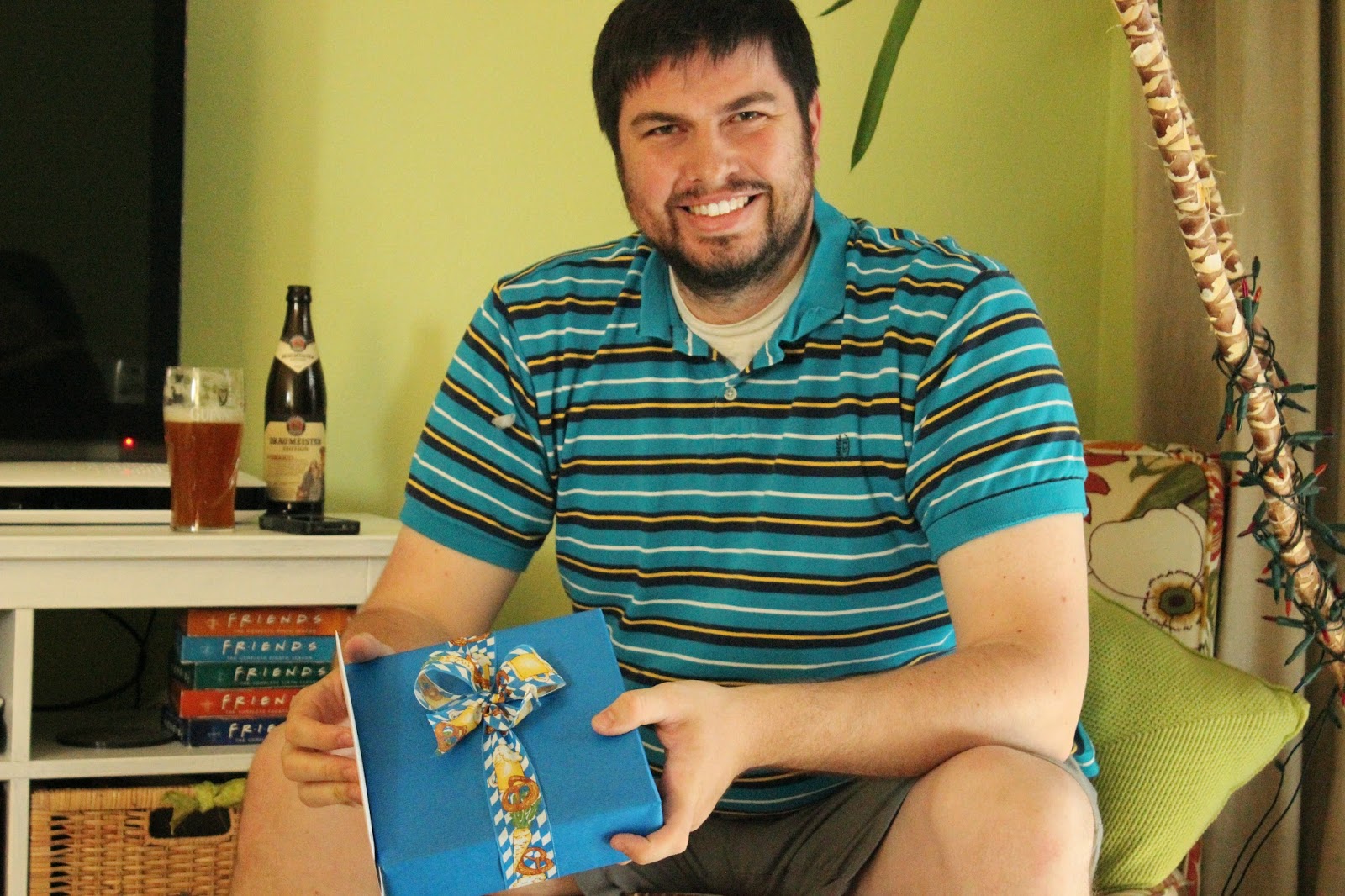 When it came time to open gifts, Husband unwrapped a puzzle. Among all the puzzle pieces were notecards each containing a letter. It was a puzzle within a puzzle! A word scramble if you will. Husband took about five minutes moving letters around. Finally he asked the important question, "Is it an English word or in Deutsch?" Bwhaha! It was a German word so that made the puzzle even trickier. 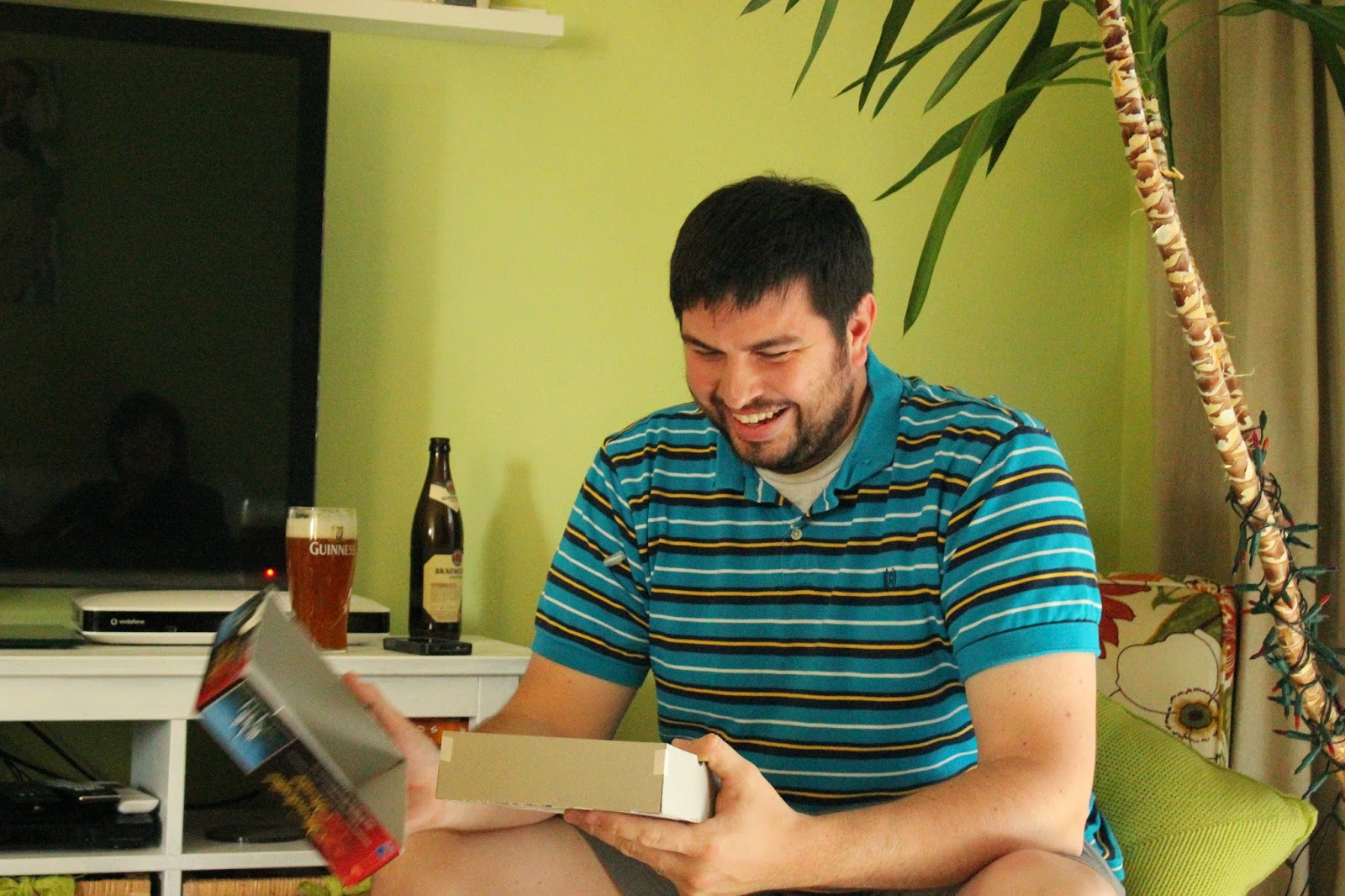 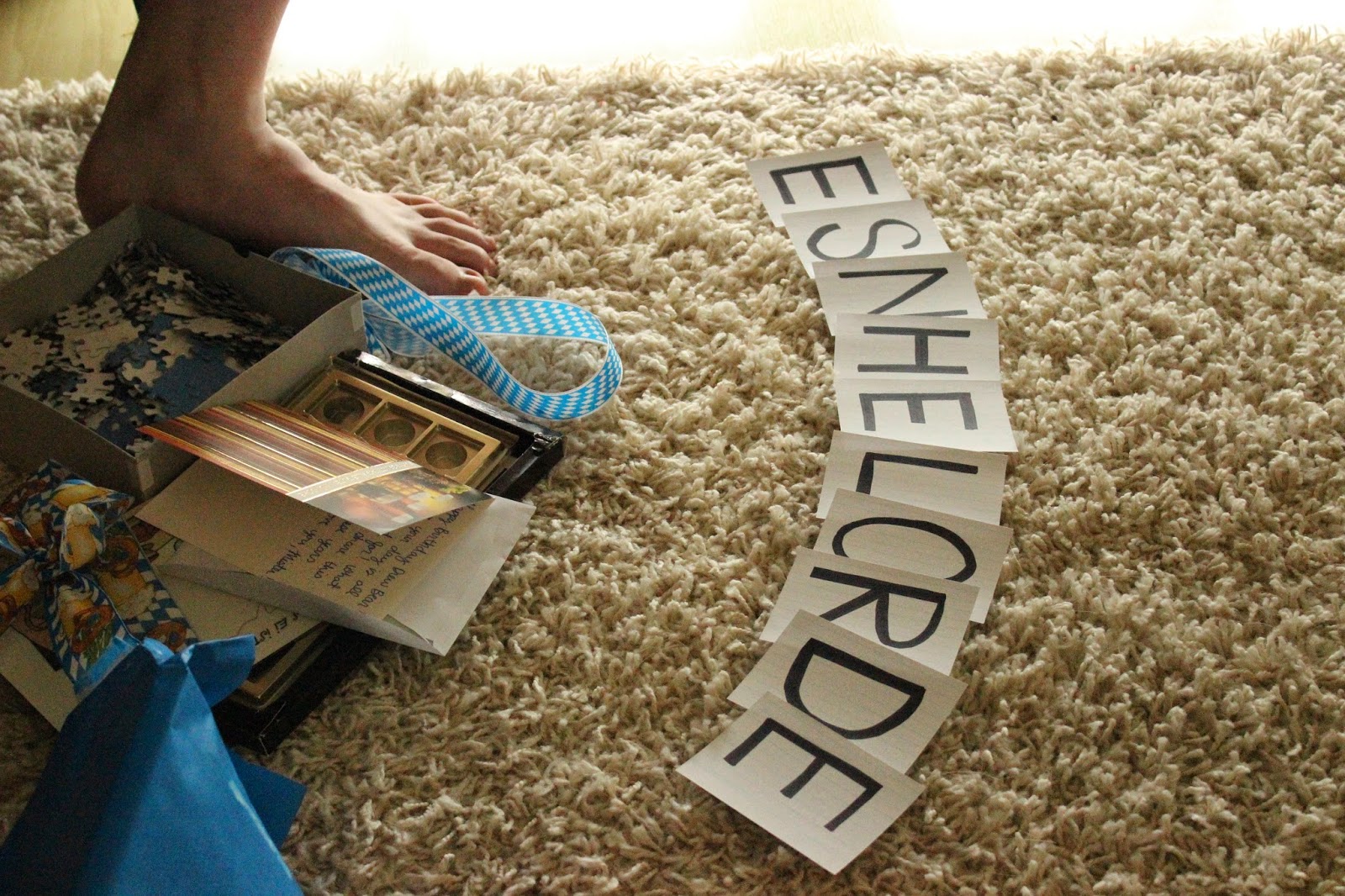 A few more hints and Husband solved the puzzle: 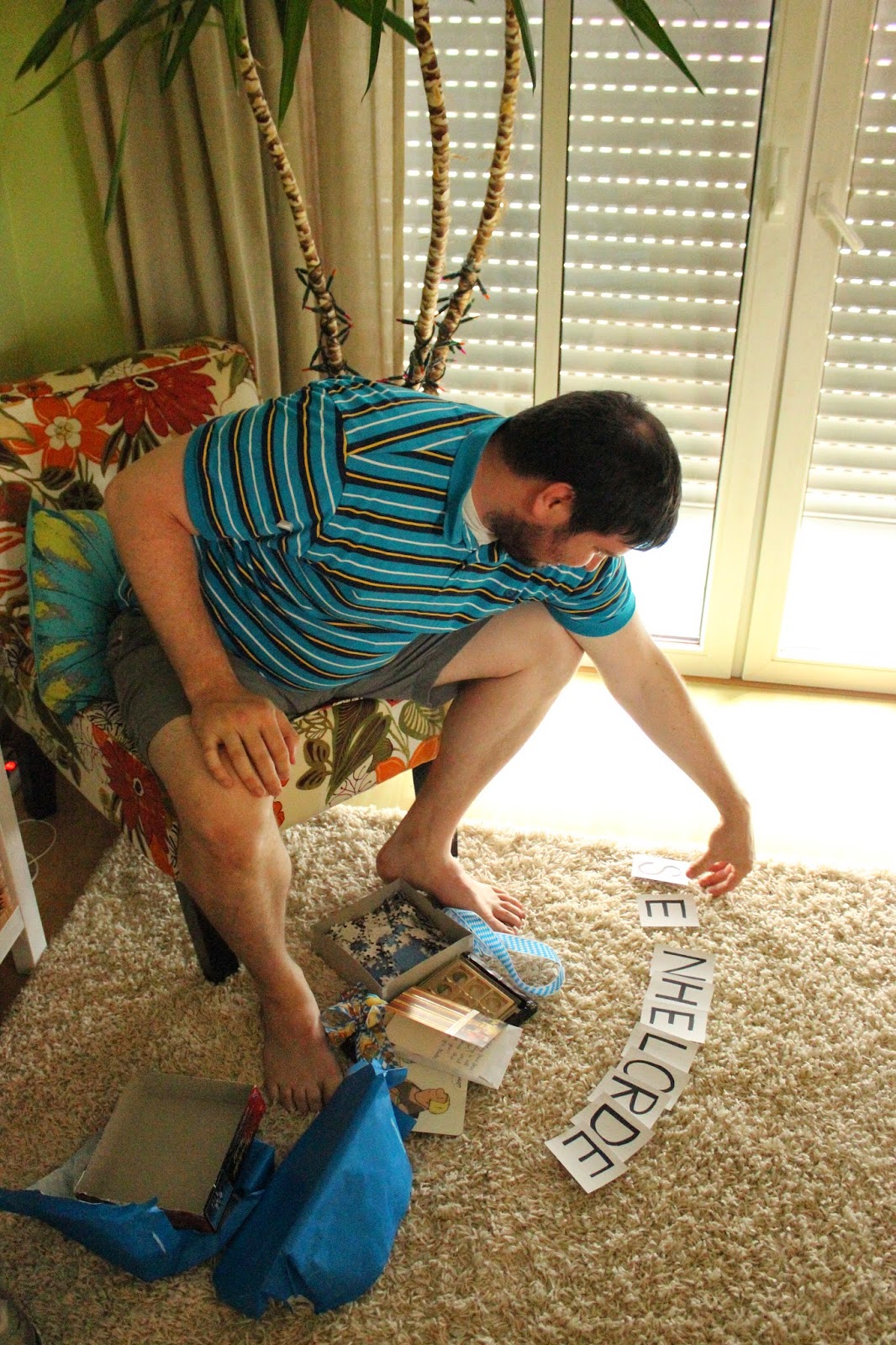 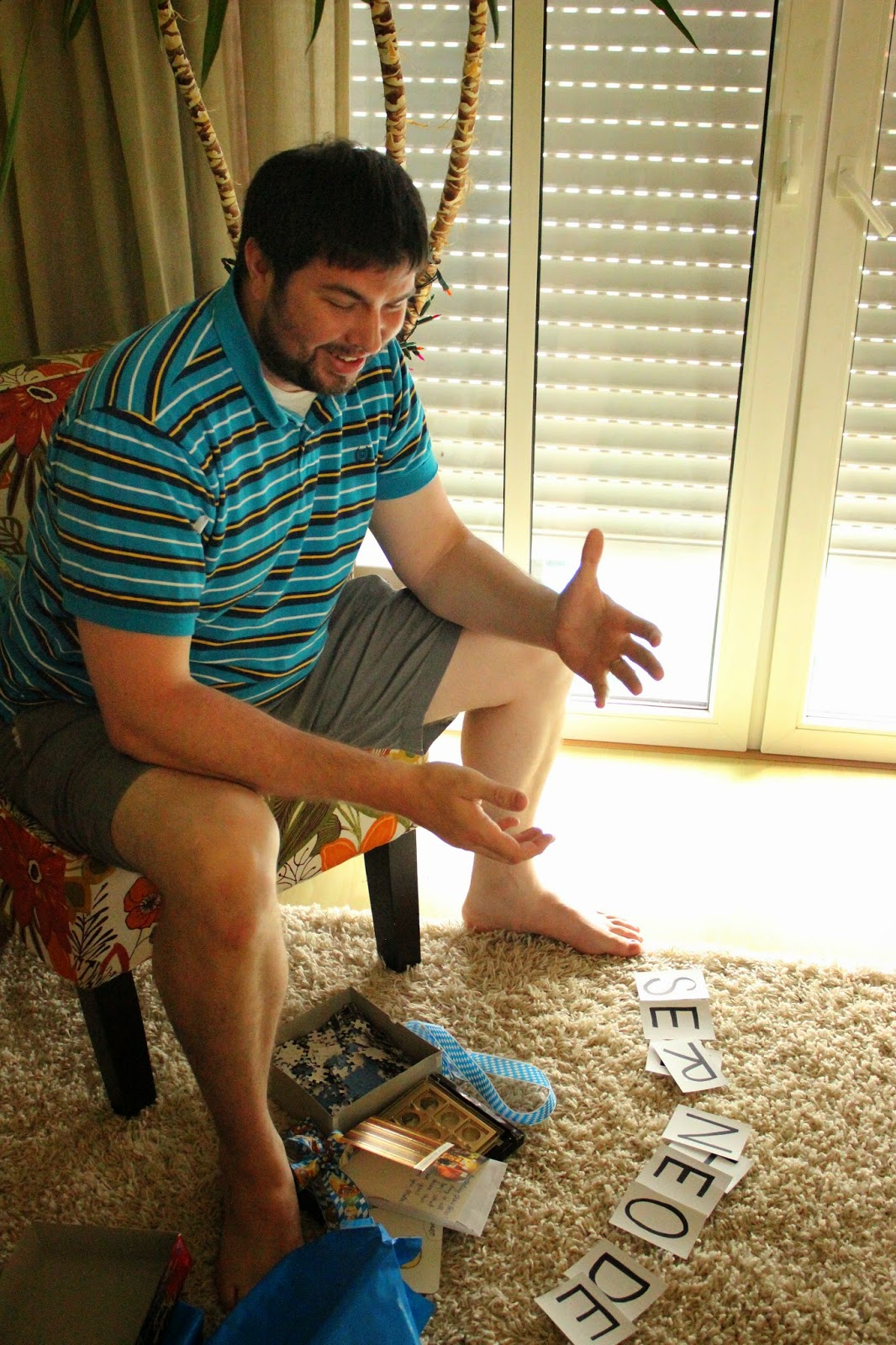 The answer was: LEDERHOSEN! (leather pants) 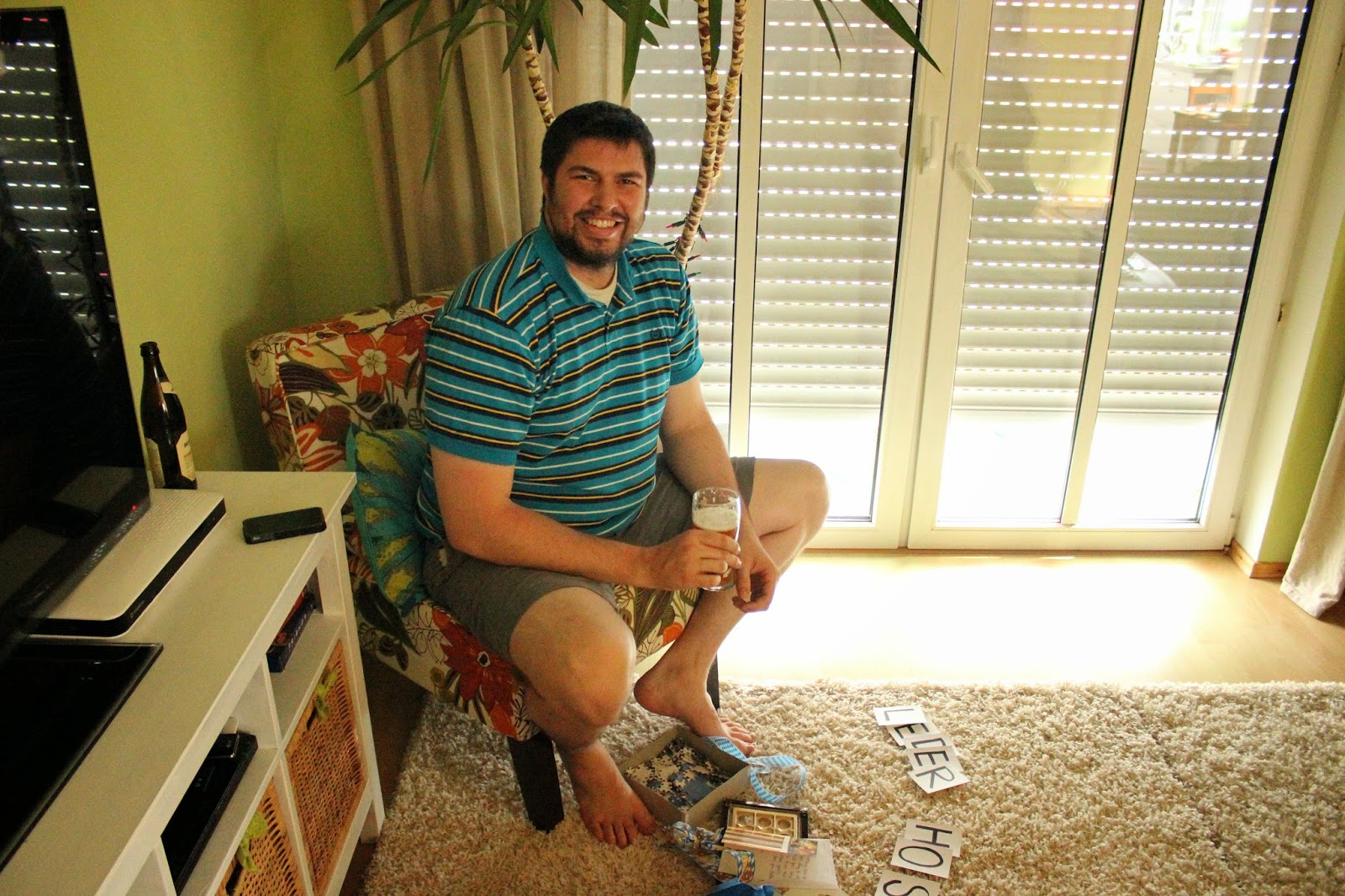 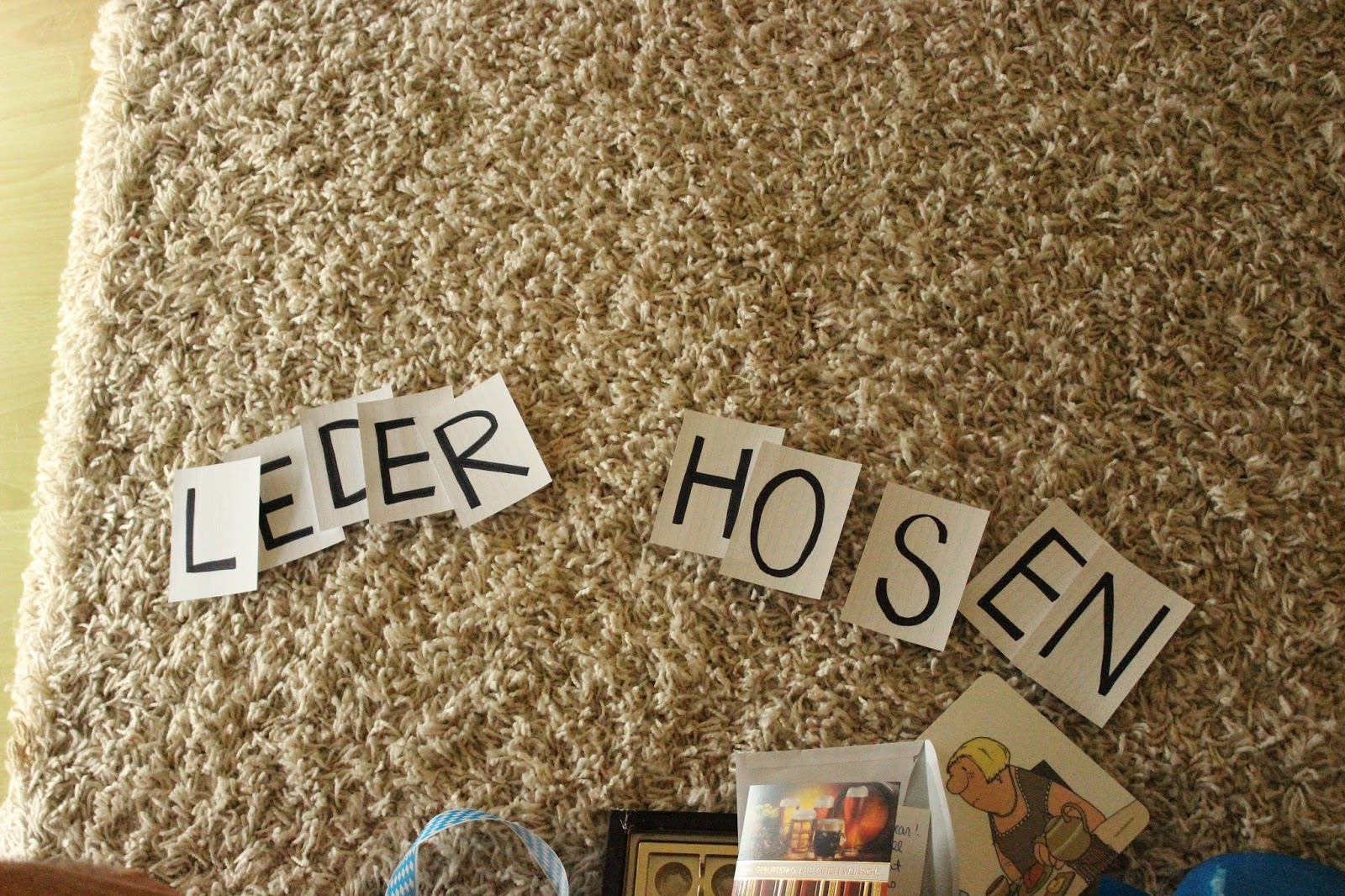 Two years in a row Husband has not had proper Oktoberfest attire. Among all the traditional Bavarian lederhosen and dirndls Husband has worn his typical jeans, button down shirts, and cowboy boots. Talk about not blending in! 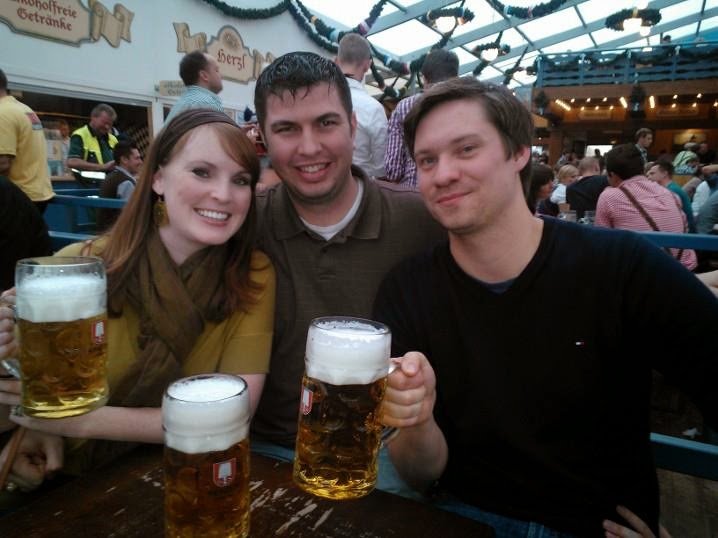 After solving the puzzle, Husband's parents and I took him to a local clothing shop. There Husband was custom fitted for his very own pair of lederhosen! We also got him a blue gingham shirt (complete with the proper antler buttons) and white knitted knee socks. Stylin'. 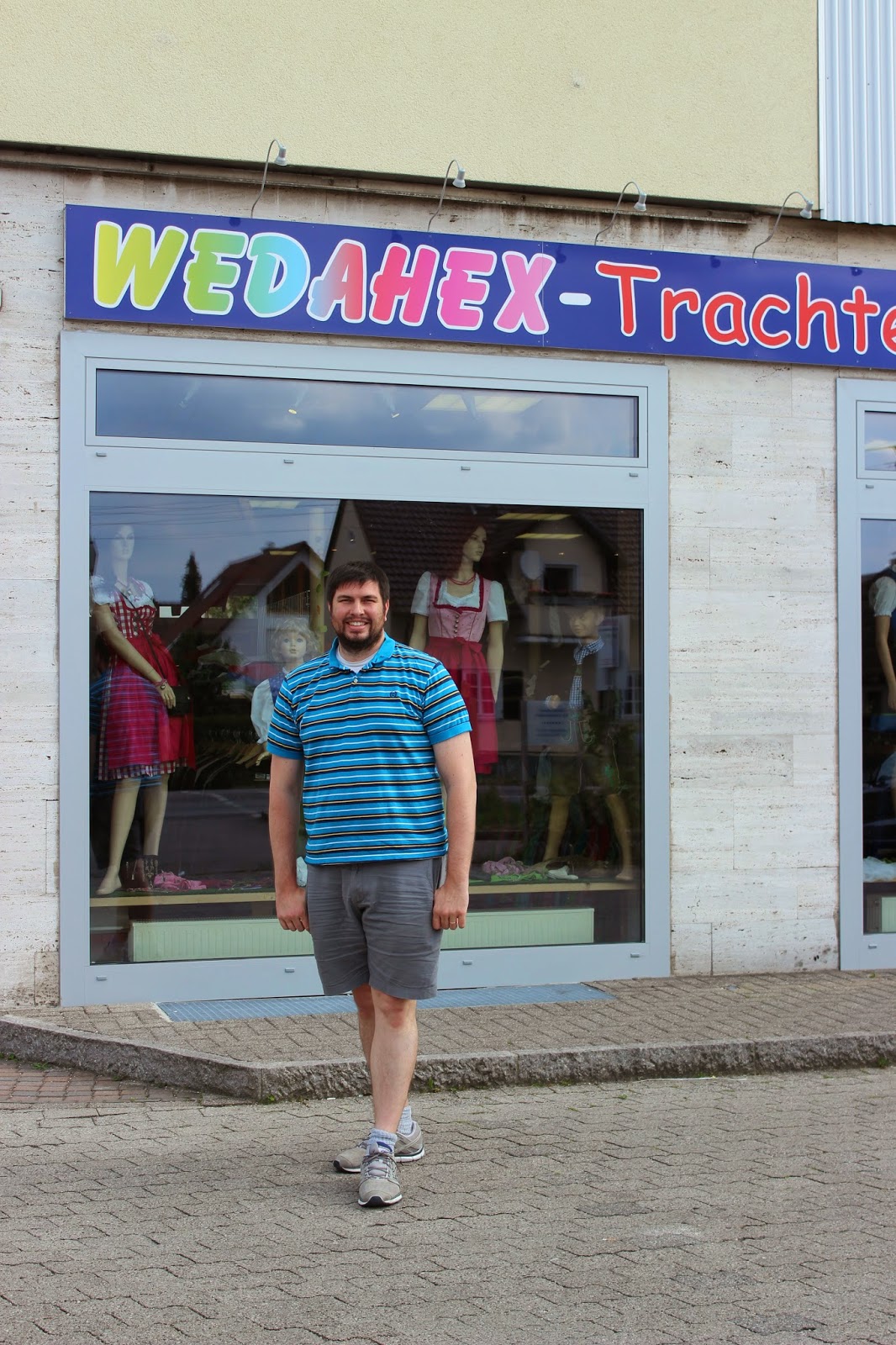 Just 3 months shy of Oktoberfest 2014, Husband is officially ready! (When I asked for a picture he had already taken his blue gingham shirt off.) This is not my dirndl but I wanted to join in on the fun too! 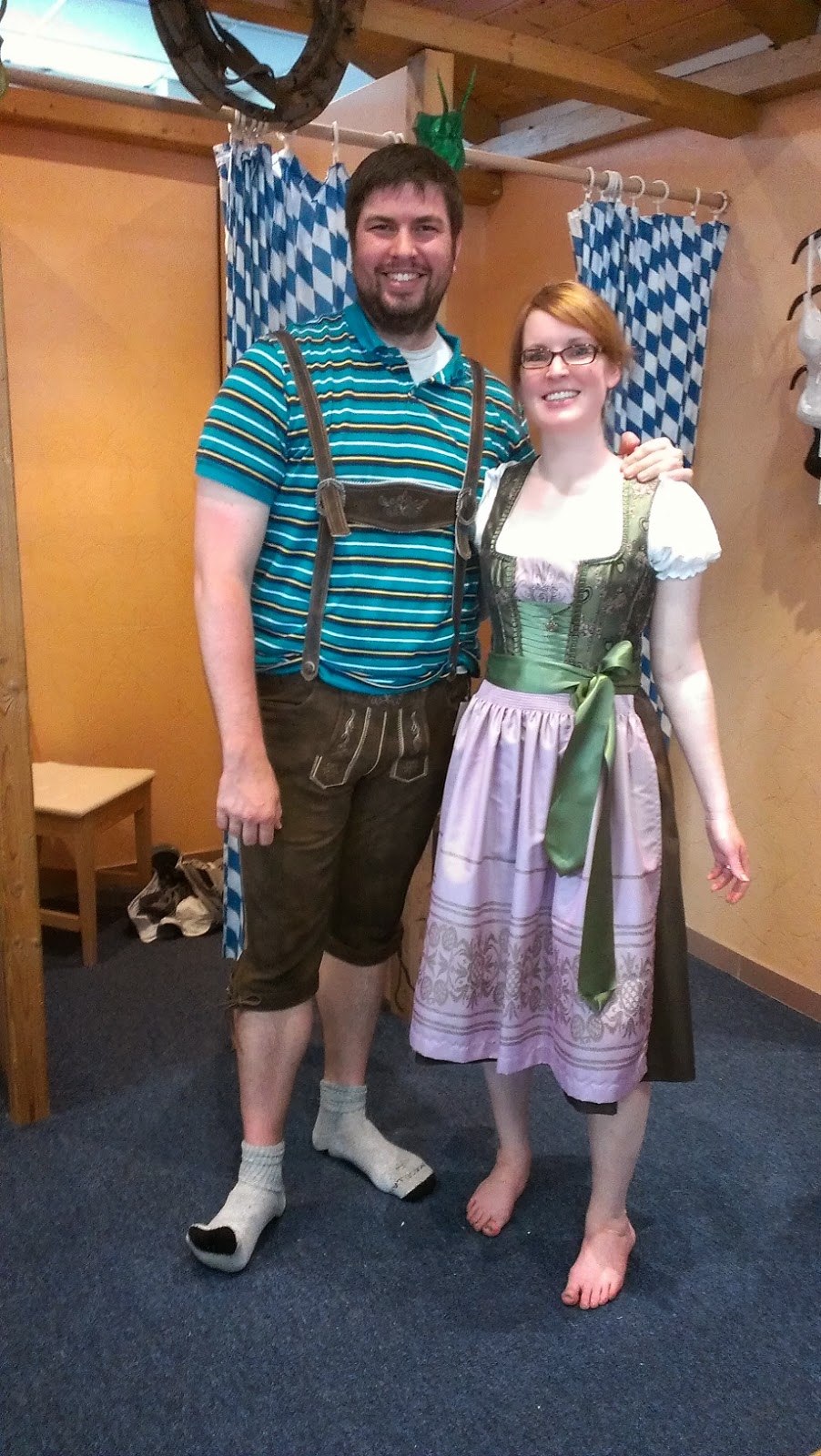 Now Friends, Oktoberfest is 2-3 months away. Who is coming to visit this year?