We celebrated Husband's birthday the other day. Ok, it was really more like a few months ago but I never got around to telling you the excitement of it all.

It was decided in the early part of 2013 that Husband wanted to bring in his last 20's birthday in the town of Rothenberg ob der Tauber. Rothenberg is an original medieval walled city with fantastic historical sites. It is a popular American and Asian tourist destination and after 5 minutes on the old city streets it is pretty easy to see why. We both immediately regretted not making it to Rothenberg on our first trip to Germany back in  2011. 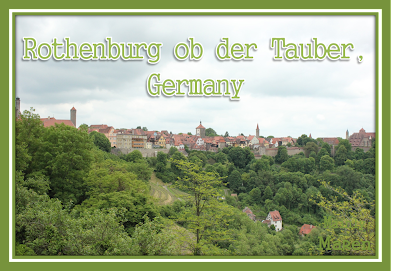 On the outskirts of the city wall looking towards the city center.

We made the two hour drive north of Munich and enjoyed seeing sections of the Romantic Road. (another Ludwig specialty) After finding a fantastic deal on a castle hotel, via the internet, we made an overnight trip. It was cheaper to drive 8k into the Franconia countryside than to book a hotel room in Rothenberg. Can you believe that?! Castle stays will always trump hotel rooms. 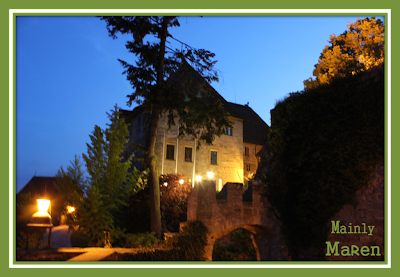 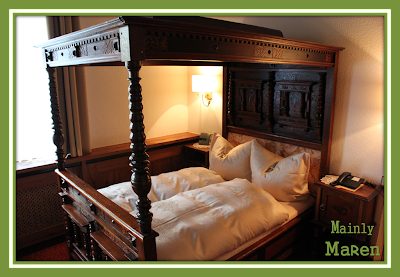 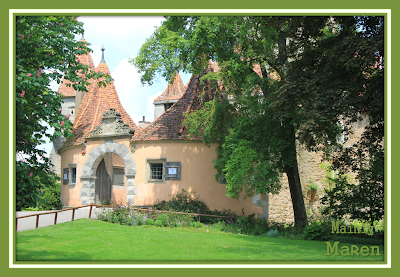 One of the gates into the city Rothenburg. 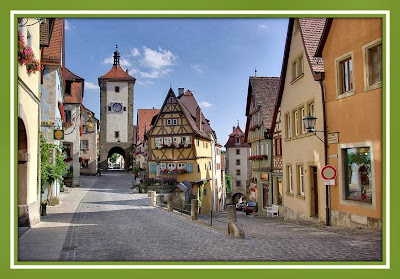 City wall tower and charming streets.
This photo is from wikipedia. 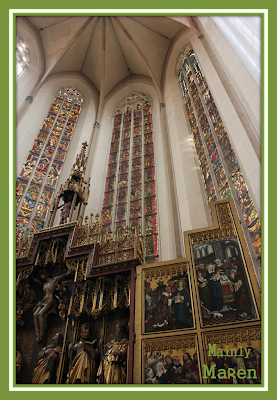 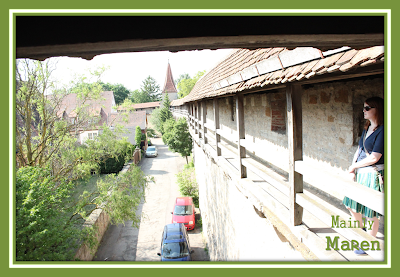 Standing on the medieval city wall.

To continue celebrating Husband's birthday, every hour on the 29th minute (his age) he had to open a small gift.  I saw the idea on Thirty Handmade Days and it was one of my very first Pinterest pins a couple of years ago.  It was so much fun hunting for little, not too expensive gifts for Husband.  He thought it was pretty cool.  How many people can say they have opened a birthday gift driving on the autobahn? 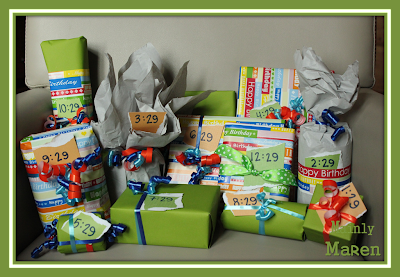 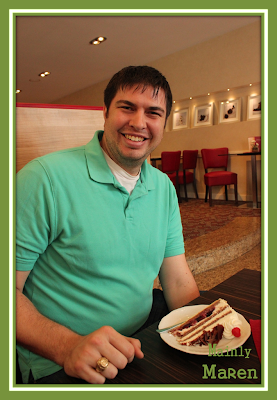 If you are coming to visit Germany, please do yourself a favor and make a day or two in Rothenburg ob der Tauber.  Take a walking tour on the ancient walls, see the medieval dungeons, and spend some time taking in all the historic architectural quirky details. It is one of my favorite towns in southern Germany.  Husband and I are already planning a second trip to Rothenburg's Christmas market. 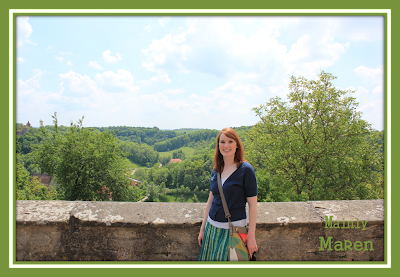