Every day I take the train to the subway, the subway to the bus, then the bus to work.  I spend 10 hours a week commuting and after four weeks of it I told Husband I needed a change of scenery.

Saturday we headed an hour and a half north of München to the city of Nürnberg.  It is famous for hosting the original Christmas Markets and is home to a beautiful Imperial castle. 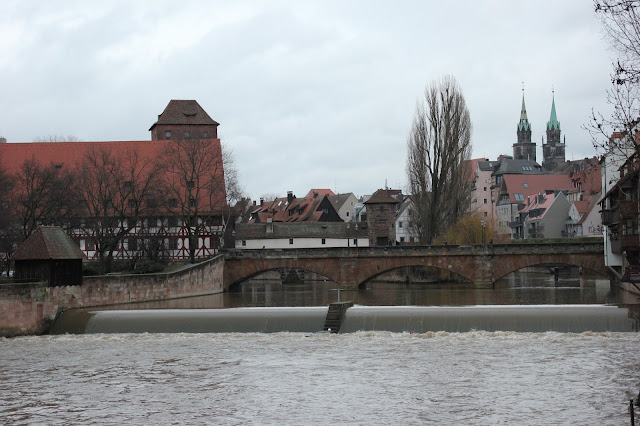 The city of Nürnberg is divided by this river. 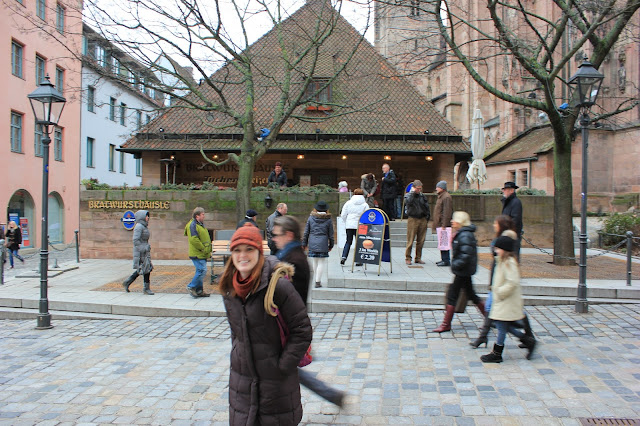 We ate lunch at this popular restaurant. They cook the Nürnberg sausages in the middle of the dining room! 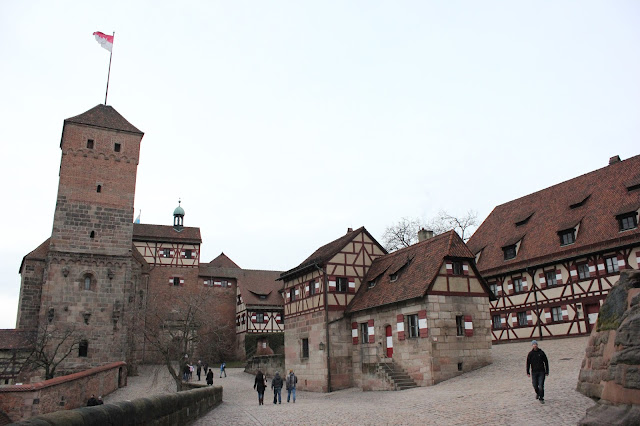 Castle Nürnberg is closed for the next year due to renovations, but the grounds were really nice! 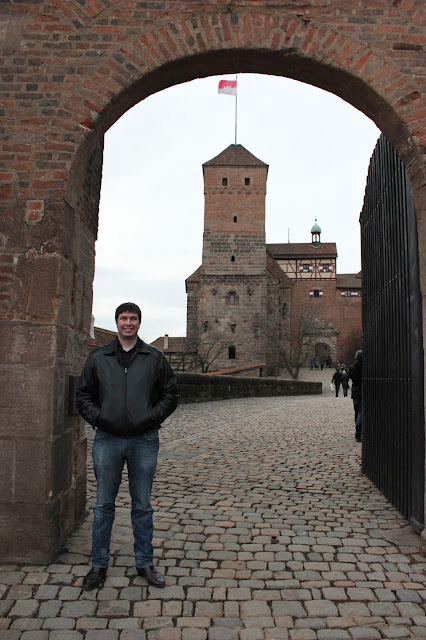 Husband at the gate of Castle Nürnberg. 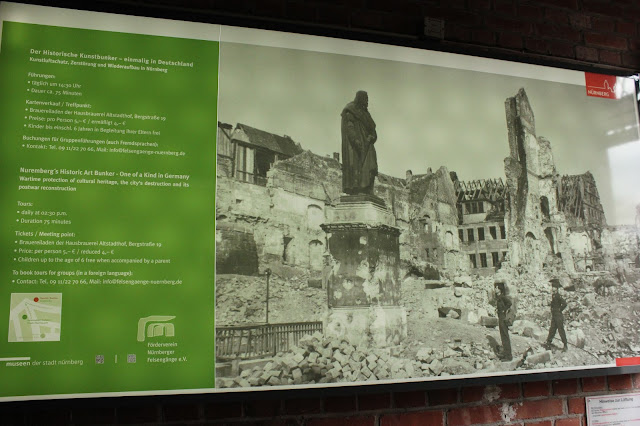 Underneath the castle is an art bunker from WWII.  It is now a museum but we missed the last tour by half an hour.  Something we will have to go see next time... 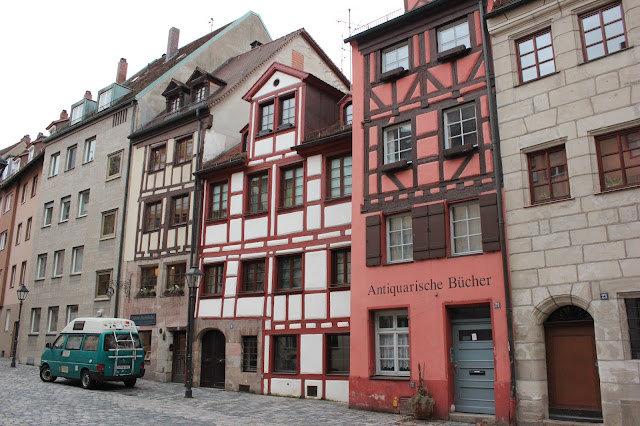 This street houses the only original prewar buildings that remained after the war. You can literally see the dividing line between the new buildings on the left and the original buildings in the middle and right side.  During World War II, 90 percent of Nürnberg was bombed due to it's central location and Nazi conventions.  It was in this city that Jews were stripped of their German citizenship.  After the war, Nürnberg was the chosen city to hold the war crime trials. 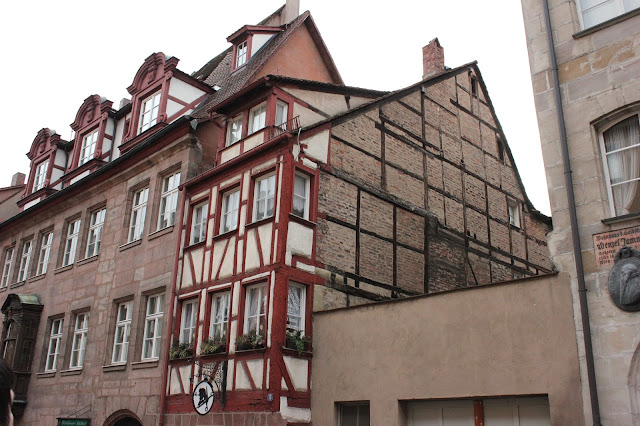 I thought this structure was interesting. 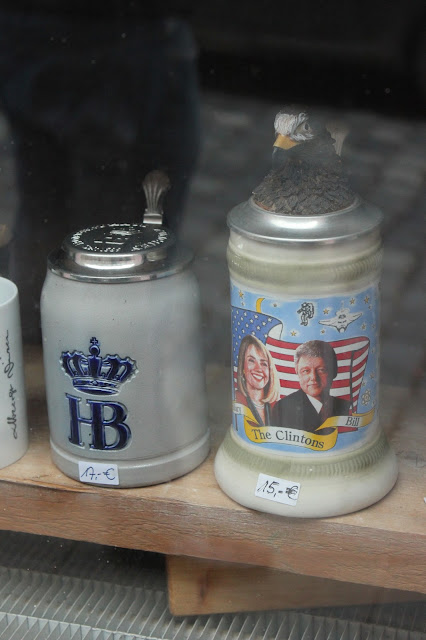 President Clinton on a beer mug in Nürnberg, Germany.

Husband and I had a great visit!  It was so nice to see a new city and learn a bit about history.  Sometime during our stay in Germany, I hope to go back and tour Castle Nürnberg and maybe visit the Christmas Market!