Husband and I have been to the ski resort alpine town of Garmisch-Partenkirchen several times. Located in the Alps it is a great place to see Olympic sites and the Bavarian styled houses. It is a well visited area between tourists and ski enthusiast. 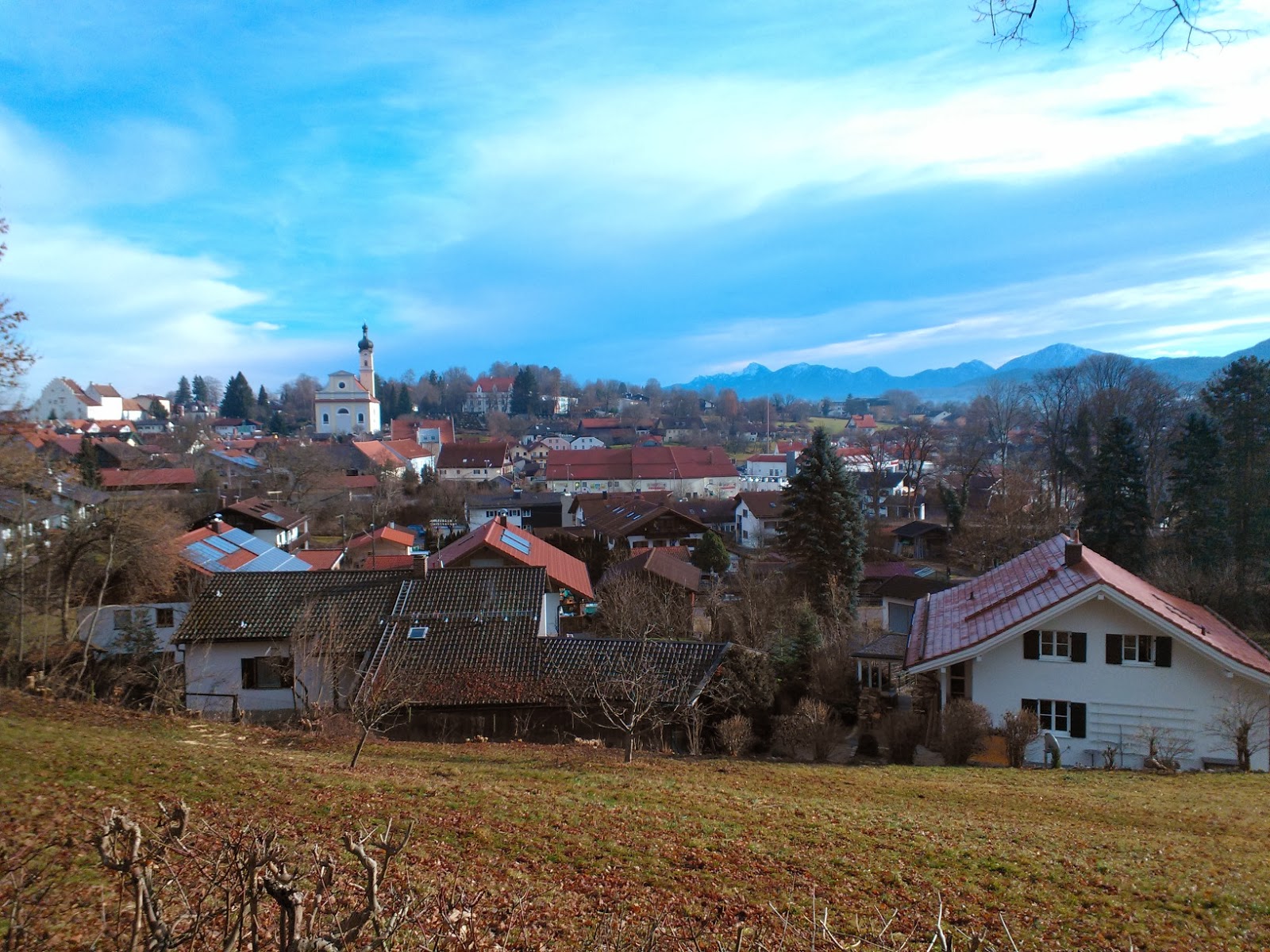 Just below the Alps is a much quieter if not more charming market town called Murnau. The town is one of three located on Staffelsee. There are walking trails along the water that connect the towns with scenic viewpoints. With the Alps mountain range as a backdrop, the blue village below is a gorgeous place to relax. 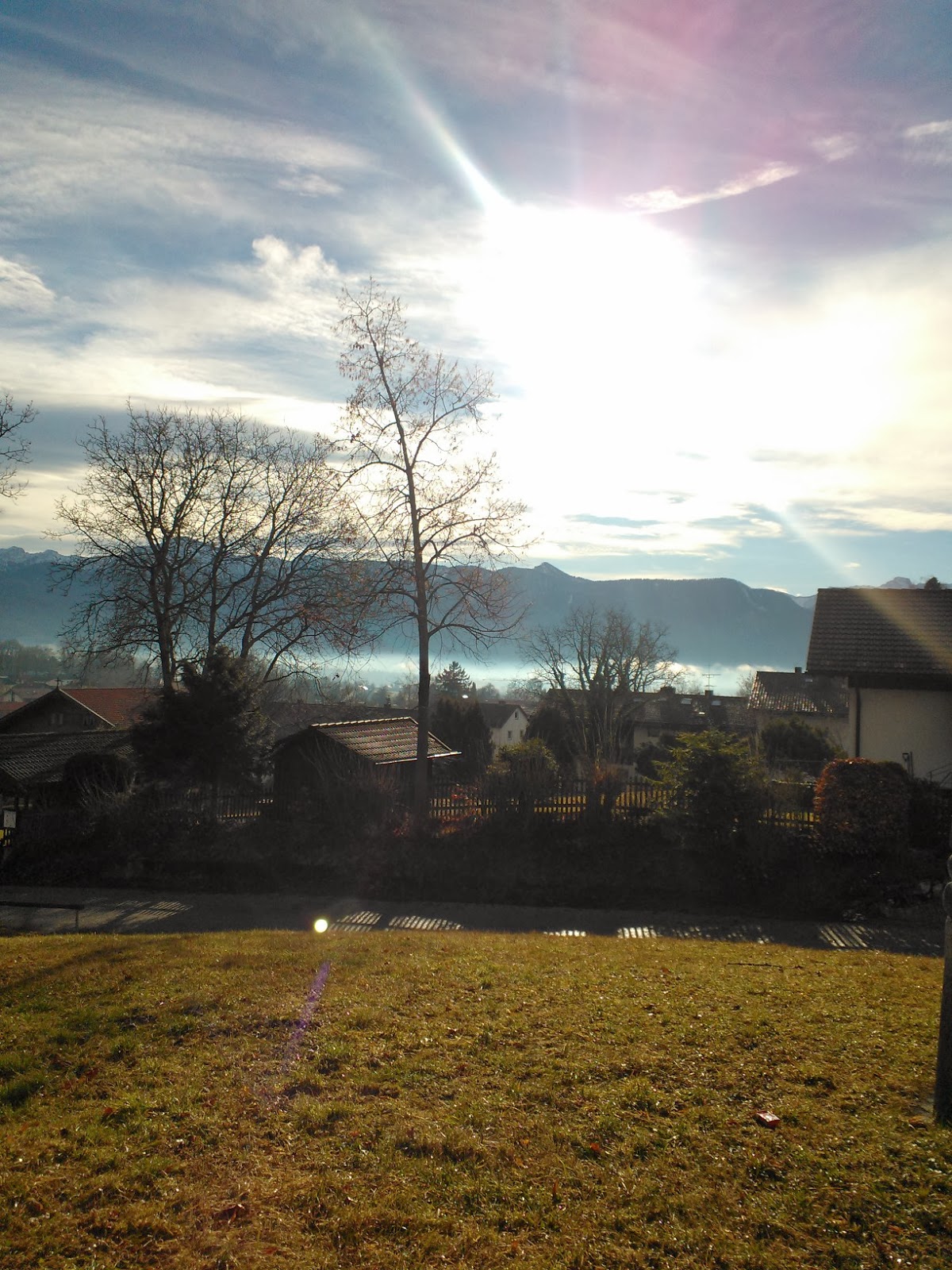 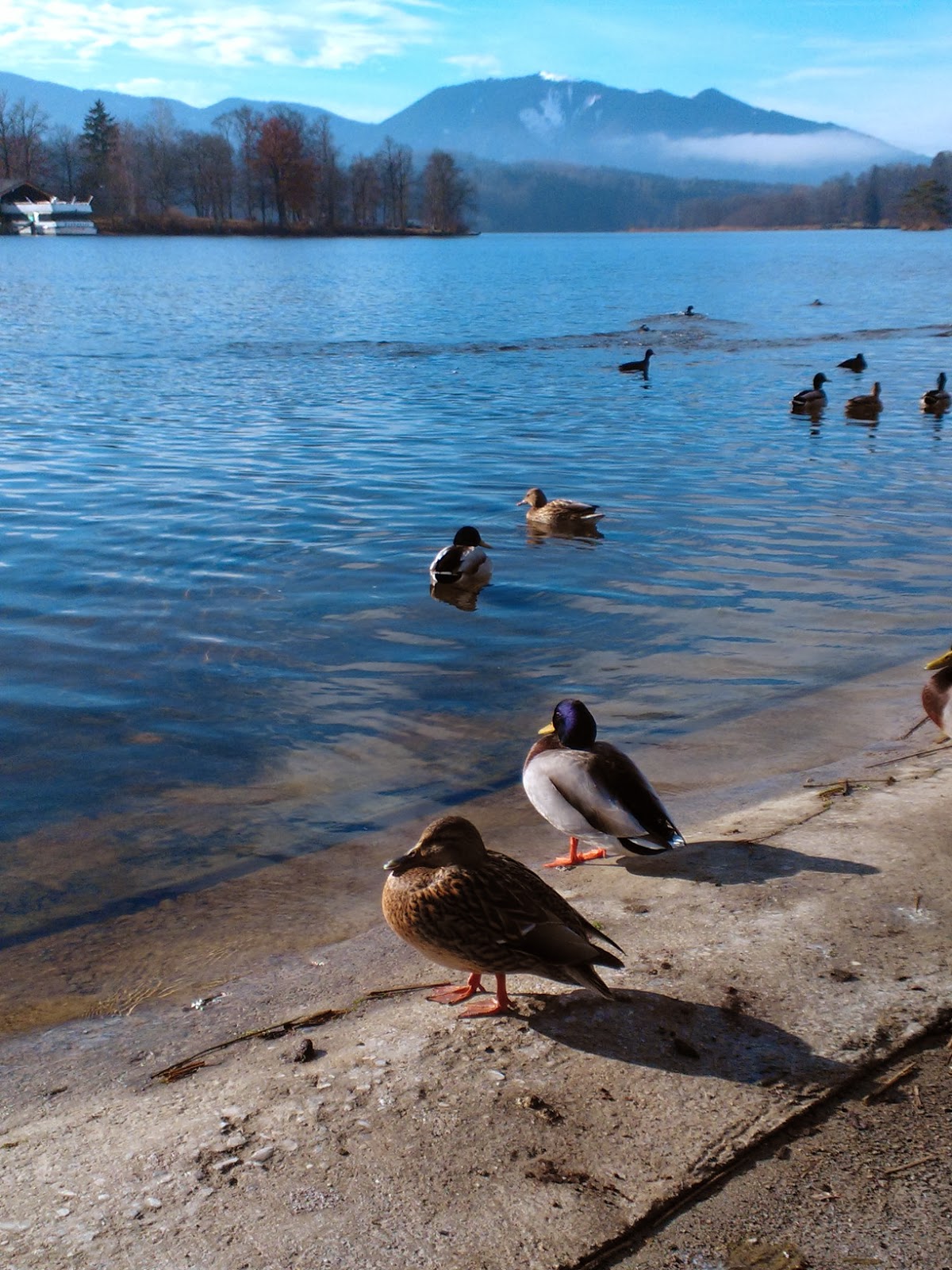 Husband and I had the pleasure of joining our friends for a Saturday outing. We spent the morning walking from Murnau to Seehausen along the lakeside and through the quiet neighborhoods. It was nice to spend some peaceful time in nature that is otherwise more crowded with people during the summer months. Our roundtrip walk to the next town and back to Murnau took about two hours. 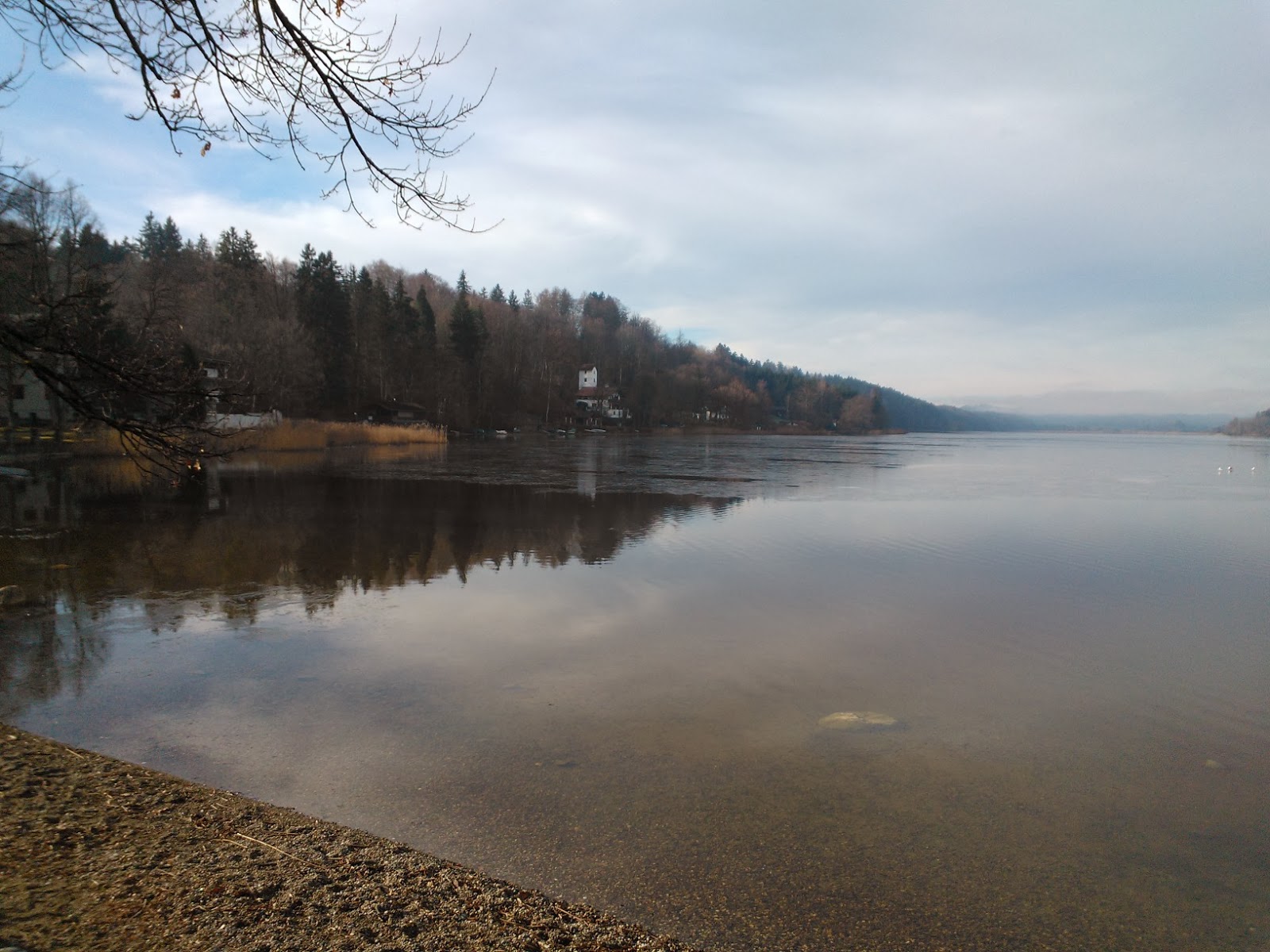 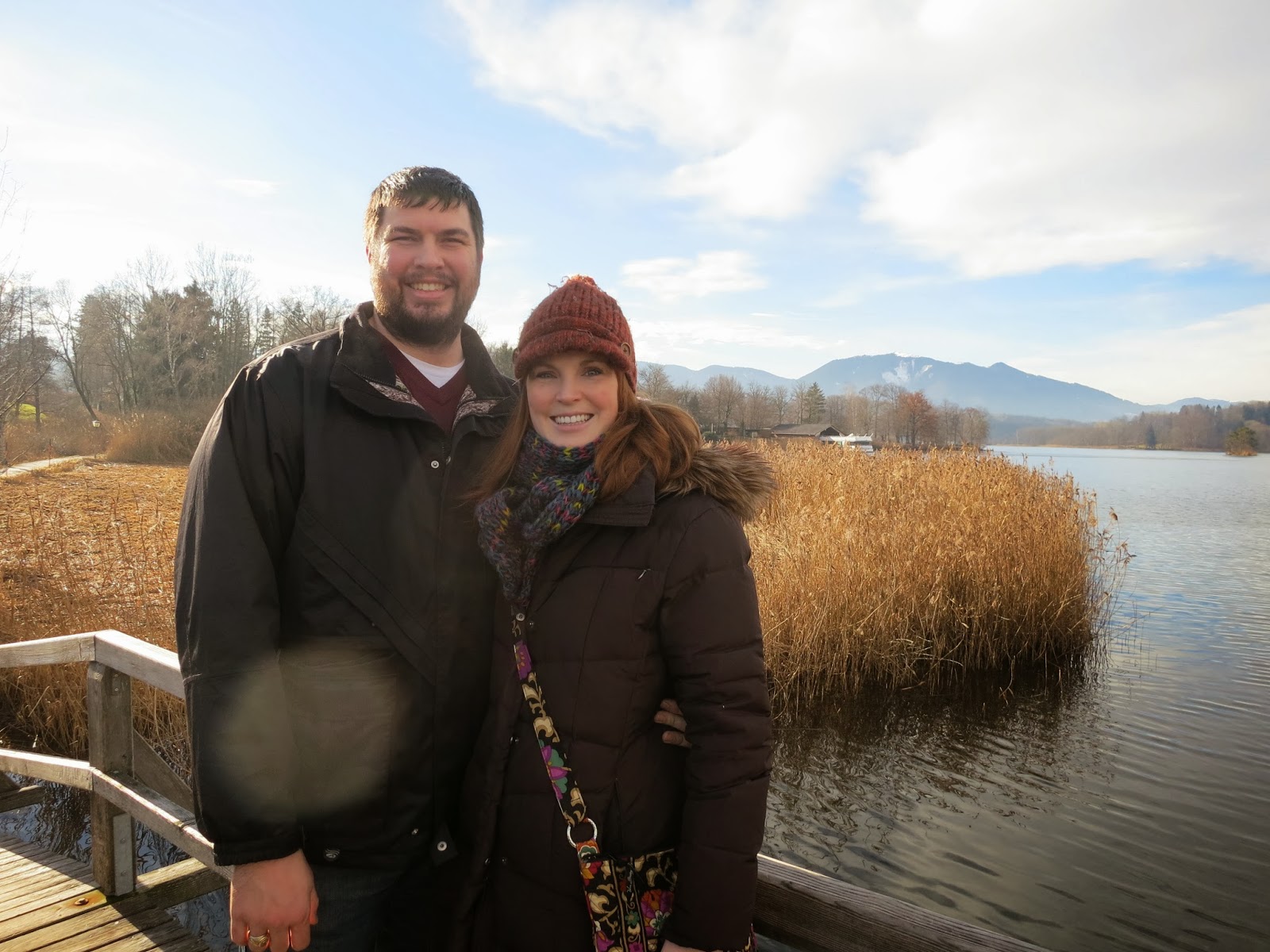 Halfway between Murnau and Seehausen

After our walk by the lake, we decided to enjoy the cobble-stoned pedestrian only main shopping street in the middle of Murnau. The mom and pop shops were busy with people taking care of their Saturday late morning errands. By 1 o'clock most of the shops closed for the remaining weekend. 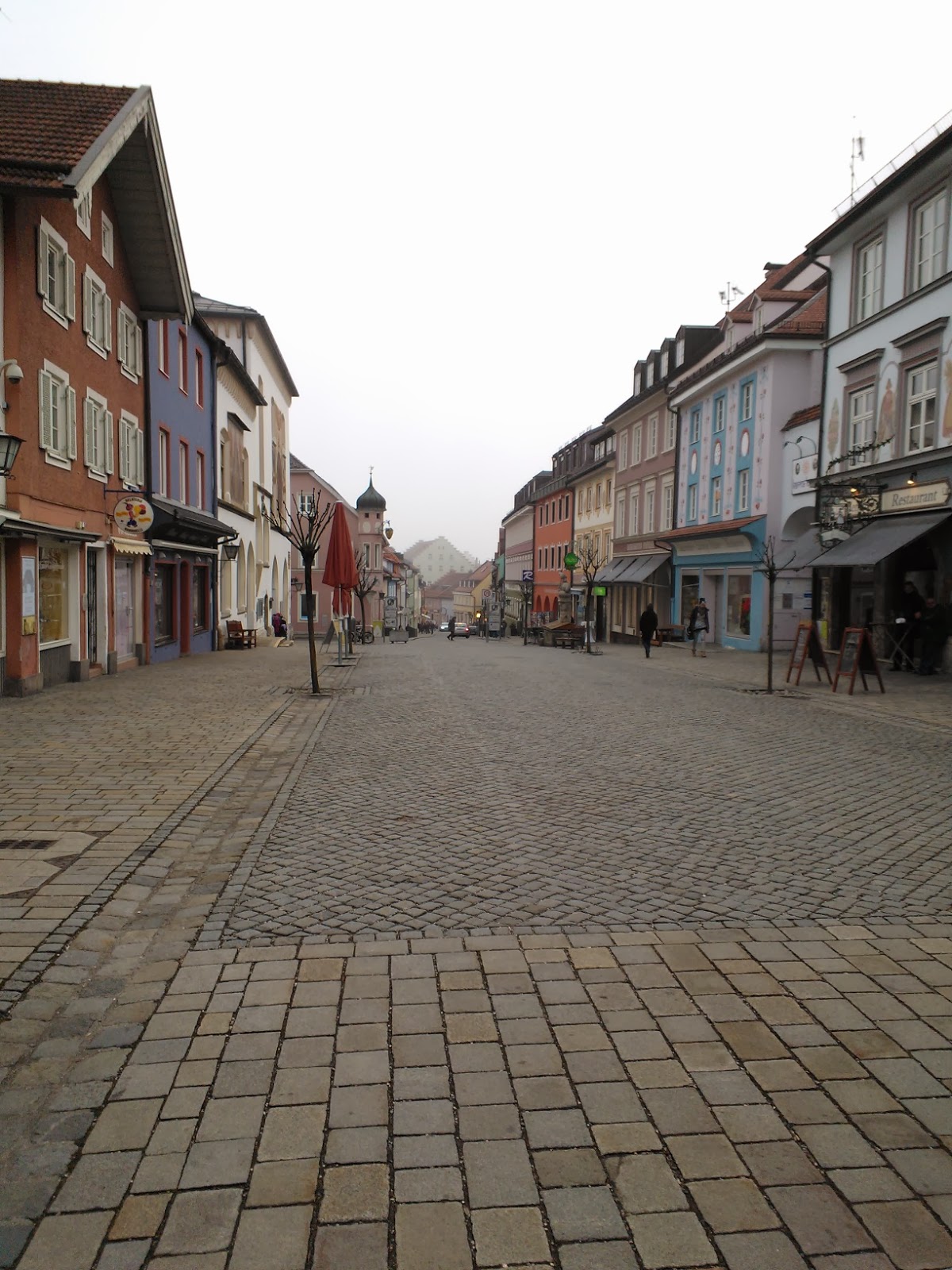 When lunchtime arrived our friends took us to Griesbrau Brewery. It is the number 2 rated restaurant in Murnau and it did not disappoint. The beer hall was long with massive doomed white ceilings, brick floors, and grand archways. The giant cooper brewing kettles greeted you at the front door and later on I learned you can take a beer tour. Not far from the brewing kettles was an open kitchen concept which showed your food being prepared right out in the open. When I say "out in the open" I literally mean out in the open. On the way to our table we passed right next to a  jumbo large cast iron skillet heating over a propane tank boiling white sausages. At Griesbrau, we not only enjoyed the beautiful atmosphere but the food was delicious as well. We ate traditional German food of weisswurst, schnitzel, red cabbage, roasted potatoes, and potato salad. Husband drank a dunkel beer that he claims is darker and heavier than most dark German lagers. I drank a russ beer which is very similar to the ever popular radler. The russ beer is different than the radler because it is a mixture of wheat beer and lemon instead of helles. The beers were brewed right on site and it was a nice change from our normal Munich beers. Husband is already planning a brewery tour with his buddies. 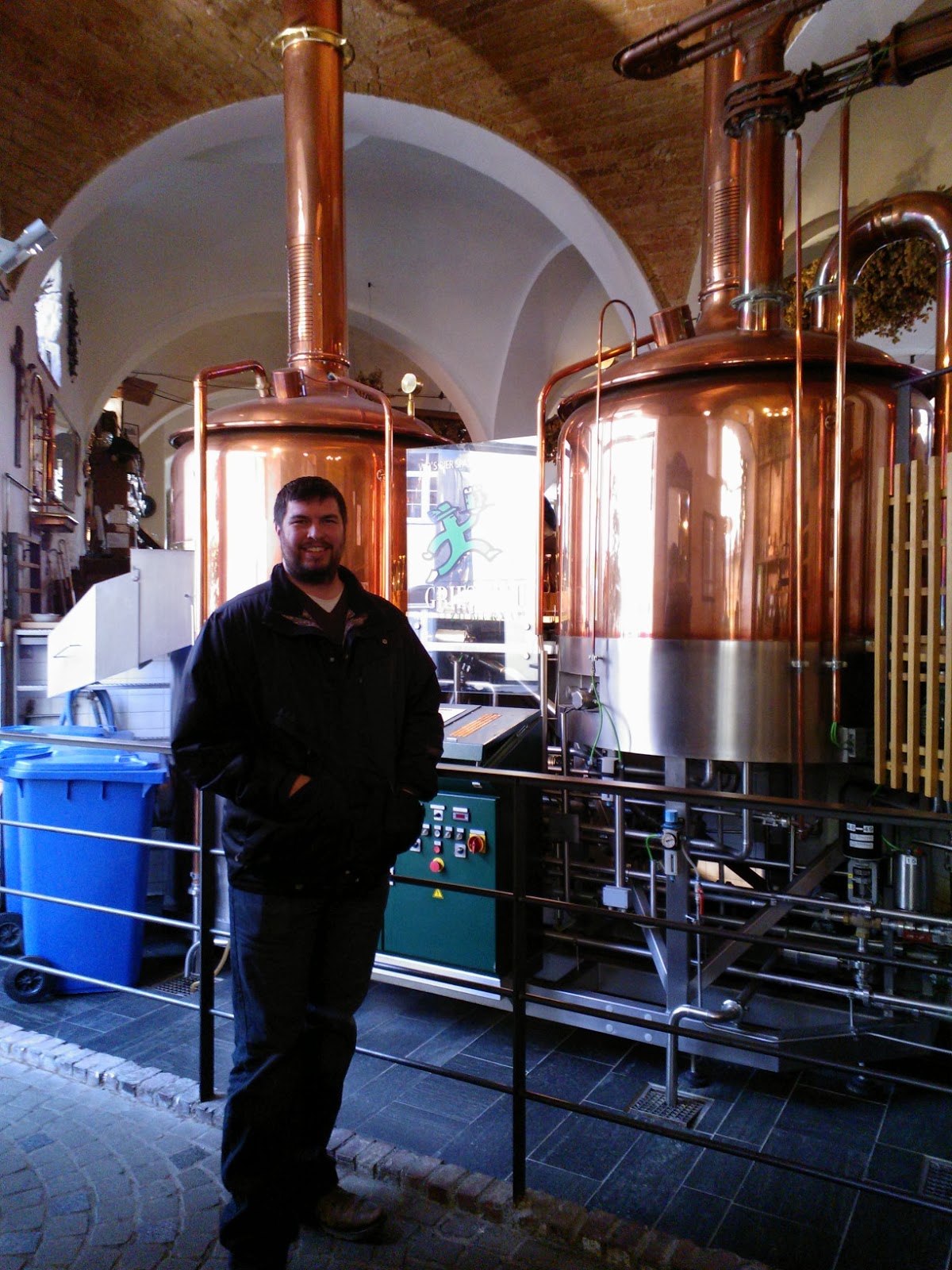 After lunch, we walked wobbled over to what my friend claims is the best bakery cafe in town. One thing I love about European living, is the daily routine of drinking an afternoon coffee and enjoying a piece of cake. At 2 p.m. there was not an empty table inside the cafe. I stood in line at the counter in front of 15 different cakes trying to decide what piece looked best. After about 5 minutes, I decided to try a cherry cheesecake. It called cheesecake because it is made with cheese not cream cheese like most Americans are used to. I was very pleased with my decision! 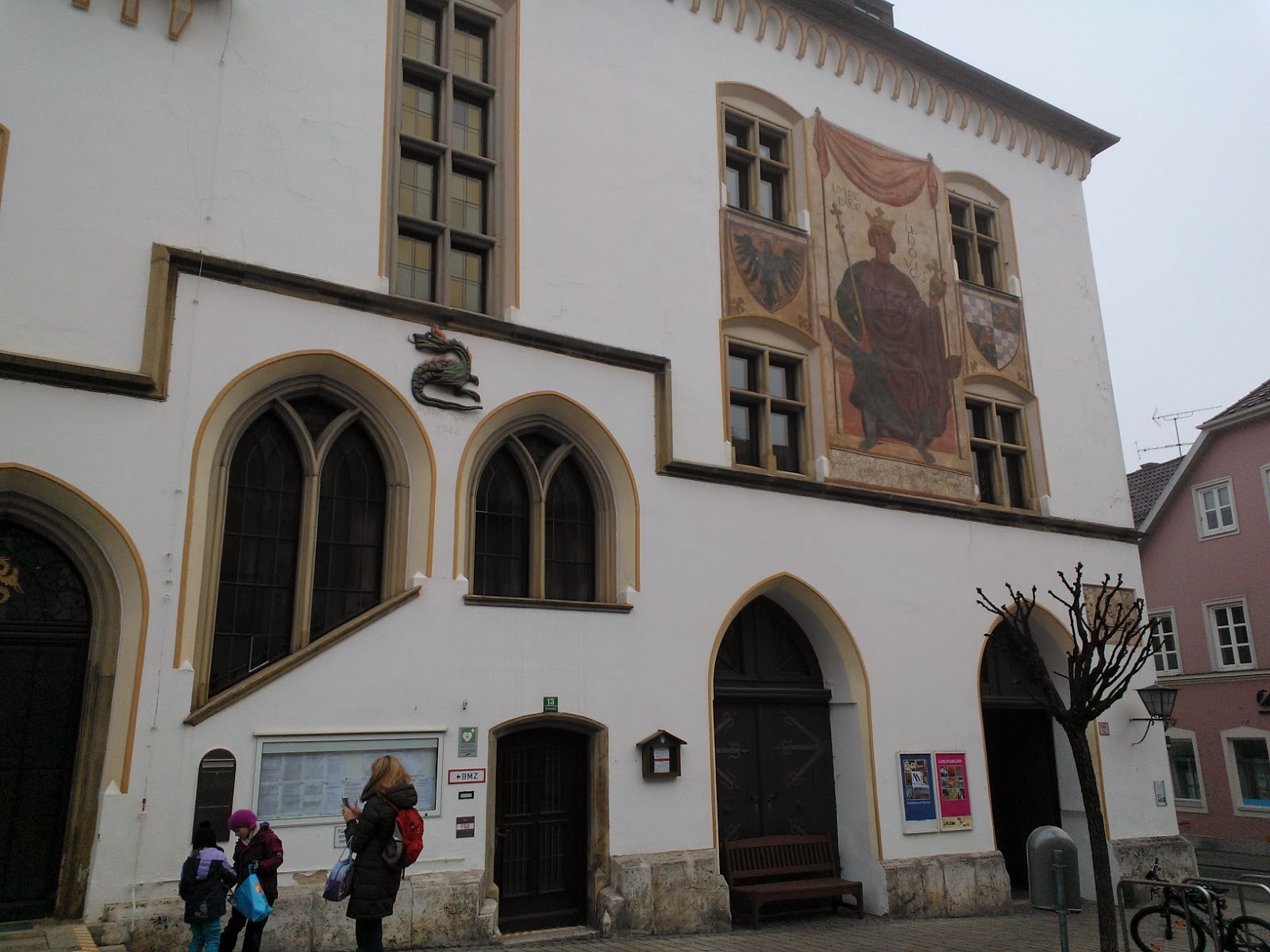 Murnau is about a 45 minute drive from Munich and is well worth a stop if you are wanting to get off of the "tourist path". The drive is a straight shot and not too bad if you have your car properly serviced. If you ignore, or question check engine lights than you might end up sitting in a McDonalds drinking another coffee while the men try to figure out the German car manuals. I will give Husband the benefit of the doubt, our car Flash has two coolant tanks. This is not anything he had seen before living in German! We are constantly learning new things and overcoming unexpected challenges living abroad. 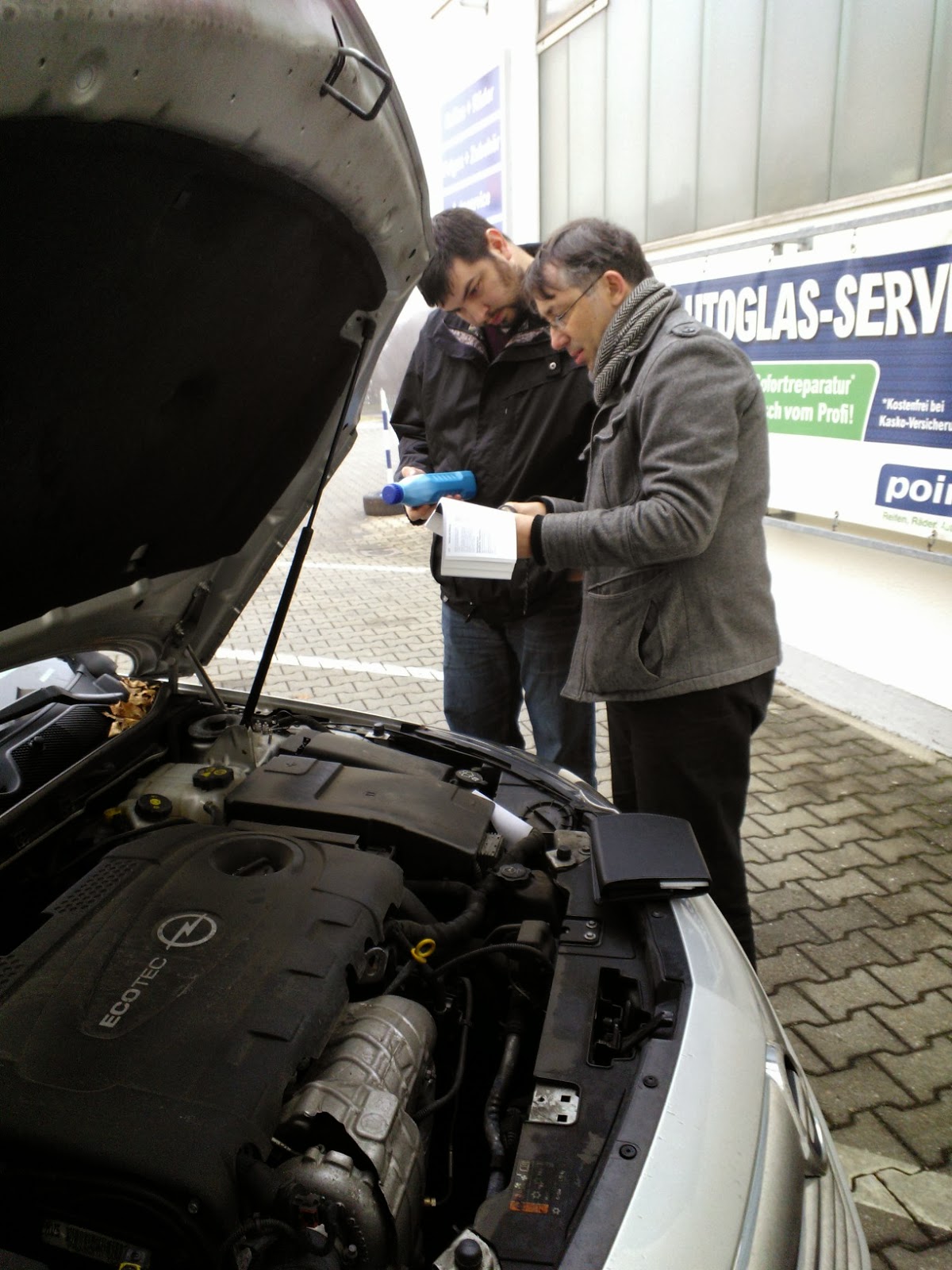