The Boys and Crafts of Fall


The first week back to school, loads of rain, and the need of warm sweaters.  Fall has arrived here in Munich, Germany.  So Husband and I celebrated this weekend in true fall style!

Saturday morning we headed to our local flea market where I was able to restock some of my craft supplies.   I also took this time to practice my German bartering skills.  Each time I tried, I had success!  The Flea Market was very similar to ones I have attended back in Texas.  Seeing a crowded mix of all sorts of people felt a lot like being at Trades Days, with the lack of mullet sightings.  For a split second, I even thought I was back in the South when Husband and I heard the song "Country Road" by John Denver playing.

So we looped arms, walked the flea market row, and sung together:
"Country roads, take me home
To the place I belong
West Virginia, Mountain Mama
Take me home, country roads" 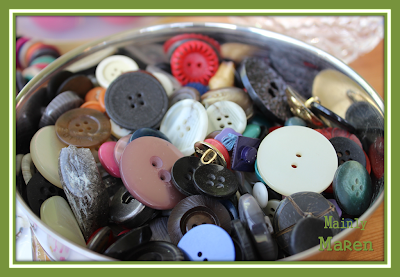 Husband and I both grew up in Texas where Friday nights are spent under the bright stadium lights of a football field.  Later on, we both went on to universities that boost large football programs and even larger school spirit.  Every Fall we Husband makes it a priority to get back to those glory days and attend football games.  The downside of living in Europe is now attending those football games (not to be confused with soccer!) is not possible. 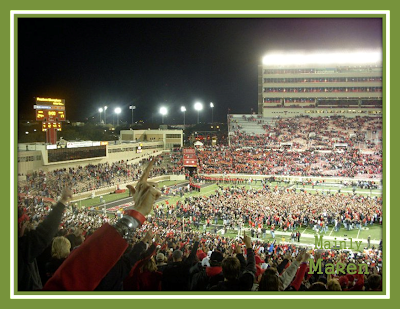 So last night Husband made a big pot of Texas Chili and baked cornbread to commemorate college game-day.  Sitting around our computer screen, we streamed the Texas A&M v. Alabama game which was considered one of the, if not the, biggest games of the season.  It might not have been in person, but Husband said "This almost feels like being back at home." 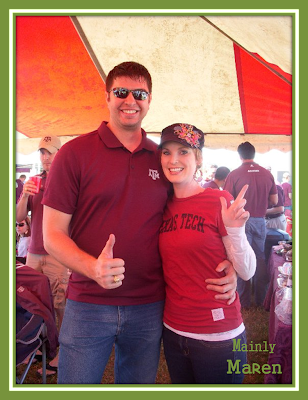 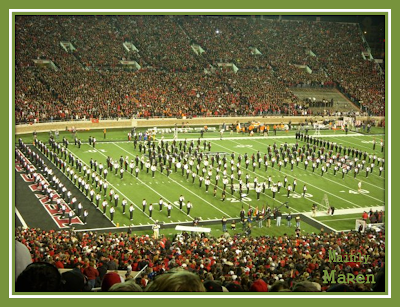 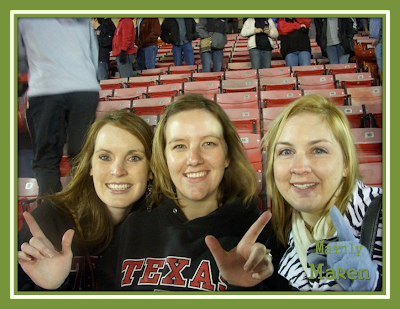 Sunday has been spent getting started on my inventory for an upcoming Christmas Market.  Details coming soon!  Check out my latest design: 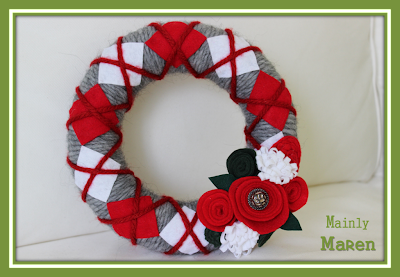 One of Husband's gifts last Christmas was a year supply of cookies.  Basically it's "Cookies of the Month" for the entire year.  Each month I bake a batch of special cookies designed for the time of year.  Since Fall is just starting, September's cookies were Oatmeal Raisin Chocolate Chip Pumpkin Cookies.  These cookies turned out to be what I like to call "muffin cookies" that used no sugar, only egg whites, and pumpkin puree. 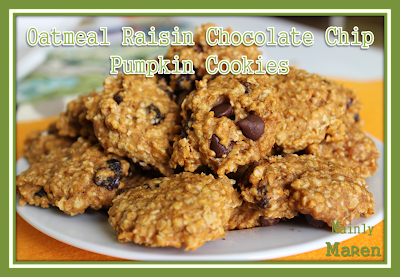 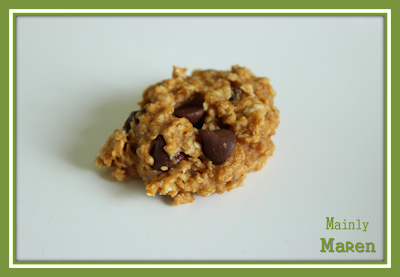 Everyone keeps posting their photos of their first Pumpkin Spice Lattes of the season.  Unfortunately, Starbucks does not serve Pumpkin flavoring in Munich, Germany.  Knowing this, my friend sent me a homemade recipe for PSL.  Husband and I bought the ingredients this weekend and plan to make ourselves a cup of PSL tonight.  I think these Oatmeal Raisin Chocolate Chip Pumpkin Cookies will go great together with the Pumpkin Spice Lattes!

Have you started enjoying the changing seasons?  How does your family enjoy the Fall months?  Football, Pumpkin flavors, camping in the foliage?