Let's Hear It for the Red, White, and Blue!


The following are true stories:

Story One:
Last year, around this time, Husband and I joined two friends from California for a steak dinner here in Munich. Ironically, finding American friends in Munich is somewhat similar to finding a good steak. Hard to come by.

Over dinner I shared a story with the table that went something like this:
Me: "Yadda, yadda, yadda...It seemed a bit cheeky."

Laughter burst out and I immediately was overcome with confusion. This wasn't meant to be the funny part of my story. Then my American, steak eating friend informed me that I just described something using the word "cheeky". How many Americans say "cheeky"? Hmm...seems like I am getting some British influence over here in Munich.

Story Two:
This past May, two of my best friends from Texas came to Munich to visit. One insisted that my accent had a British influence. Not a British accent but a British influence. She even described what I was doing...emphasizing the syllables in words and I realized she was right! Now Husband is even emphasizing the syllables and raising the tone higher at the end of a question. What used to be "Maren" is now "Ma-Ren". (You just read that in a British accent didn't you?) 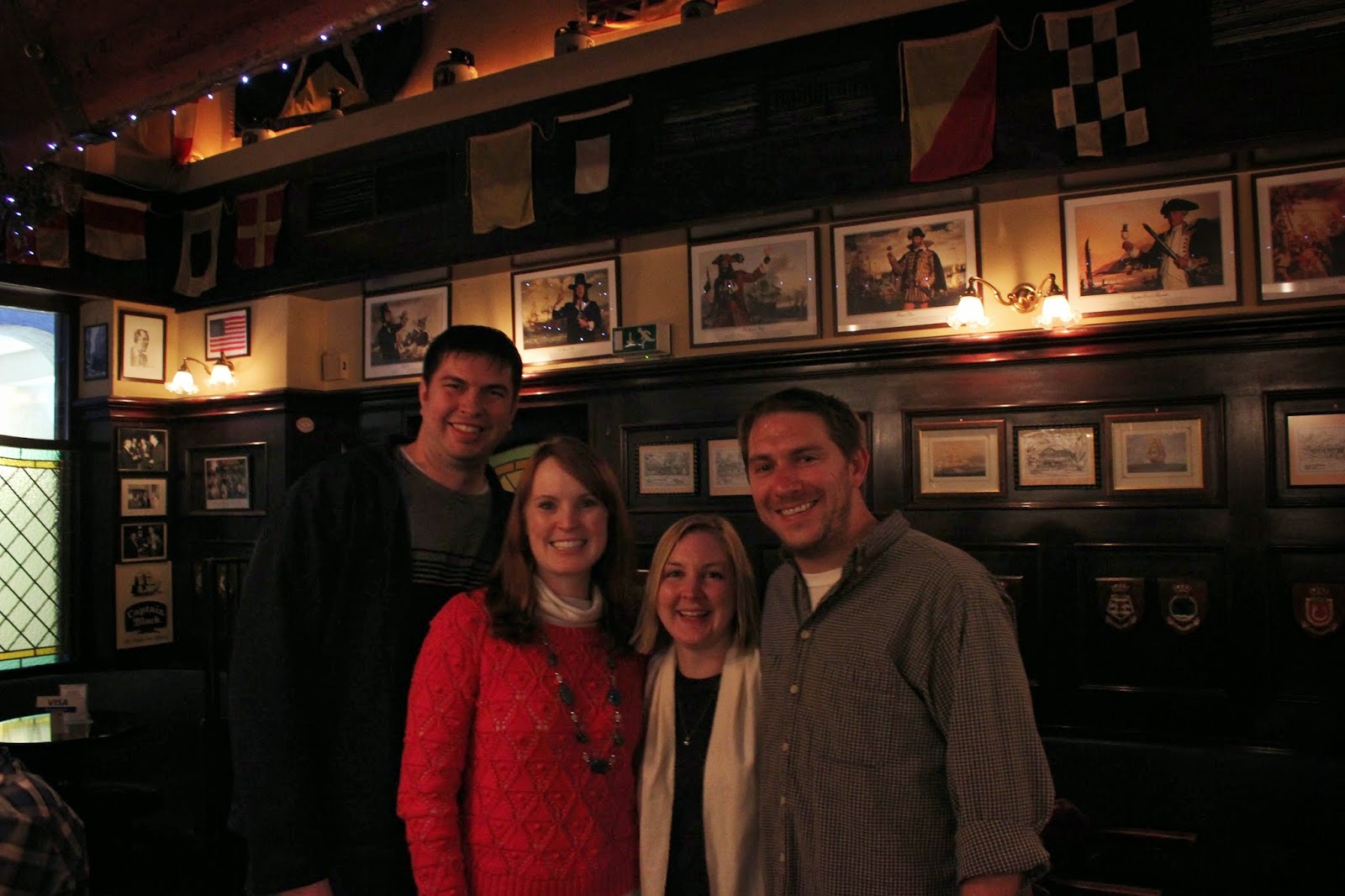 Words like "cheeky", "wonky", and "dodgy" have somehow made their way into my vocabulary. Of course it is still near impossible to say "y'all" with a British influence. Don't y'all worry about that!

And now I must point the blame on some sweet British friends who have made my time here in Munich a bit more bearable when things like turning 30 happen. 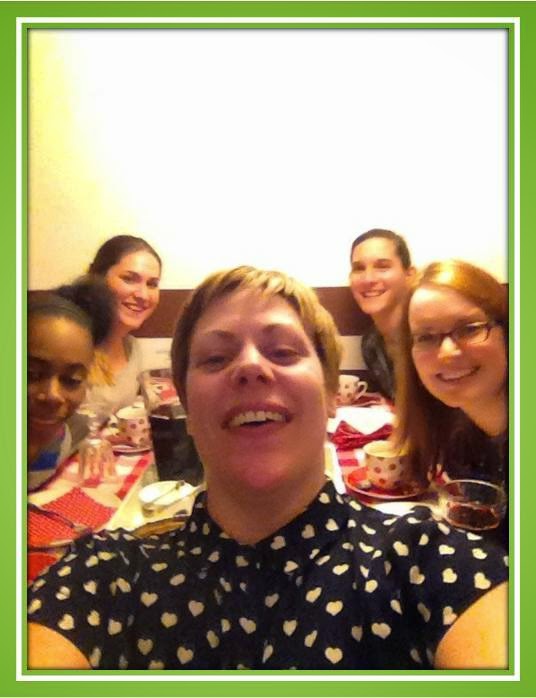 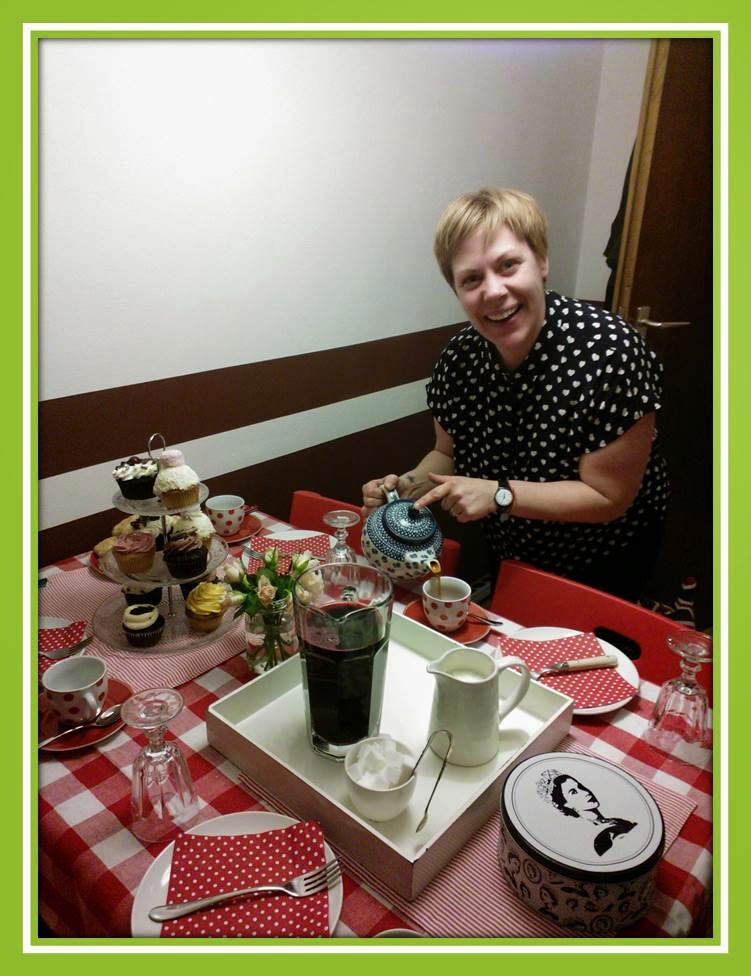 Queen Elizabeth and Hostess with the Mostess 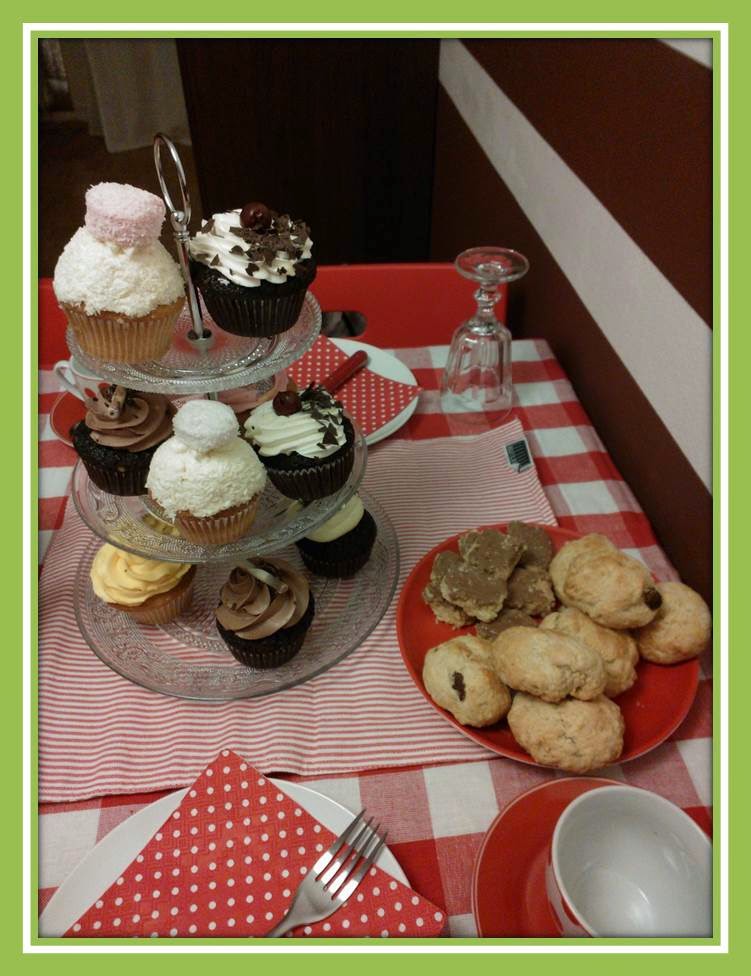 One amazing impact with living abroad is the different people I have been fortunate enough to meet. When you are across the ocean for months at a time, away from your family, best friend of 17 years, and Alma mater tailgating buddies it can get lonely. The chance to meet new friends, from all different walks of life, is something to be grateful to encounter. Even the people that quickly came and just as fast left our lives, Husband and I are glad to have had the acquaintanceships. Even the dodgy ones.

Kiss On Each Cheek,