Originally, when I started the blog "Mainly Maren" I intended for Husband to also share his insight. But I didn't ask first... and well... he has said "I'm more a reader, you are the writer." Oops. Looks like I get to do all the talking. His participation with Mainly Maren is more behind the scenes; proof reading, technical help, etc.

Since I am the writer... today I will share with you Husband's Weekend Wrap Up. Since I was not with him over the weekend, this is my interpretation of what he did. Husband's Saturday just sounded too cool to go untold.

Husband had a much needed "man's weekend". He and his good friend woke up early Saturday and headed for Austria. The drive took around two hours but where they ended up had me in awe.

What better place for a man's weekend than the Austrian Alps? 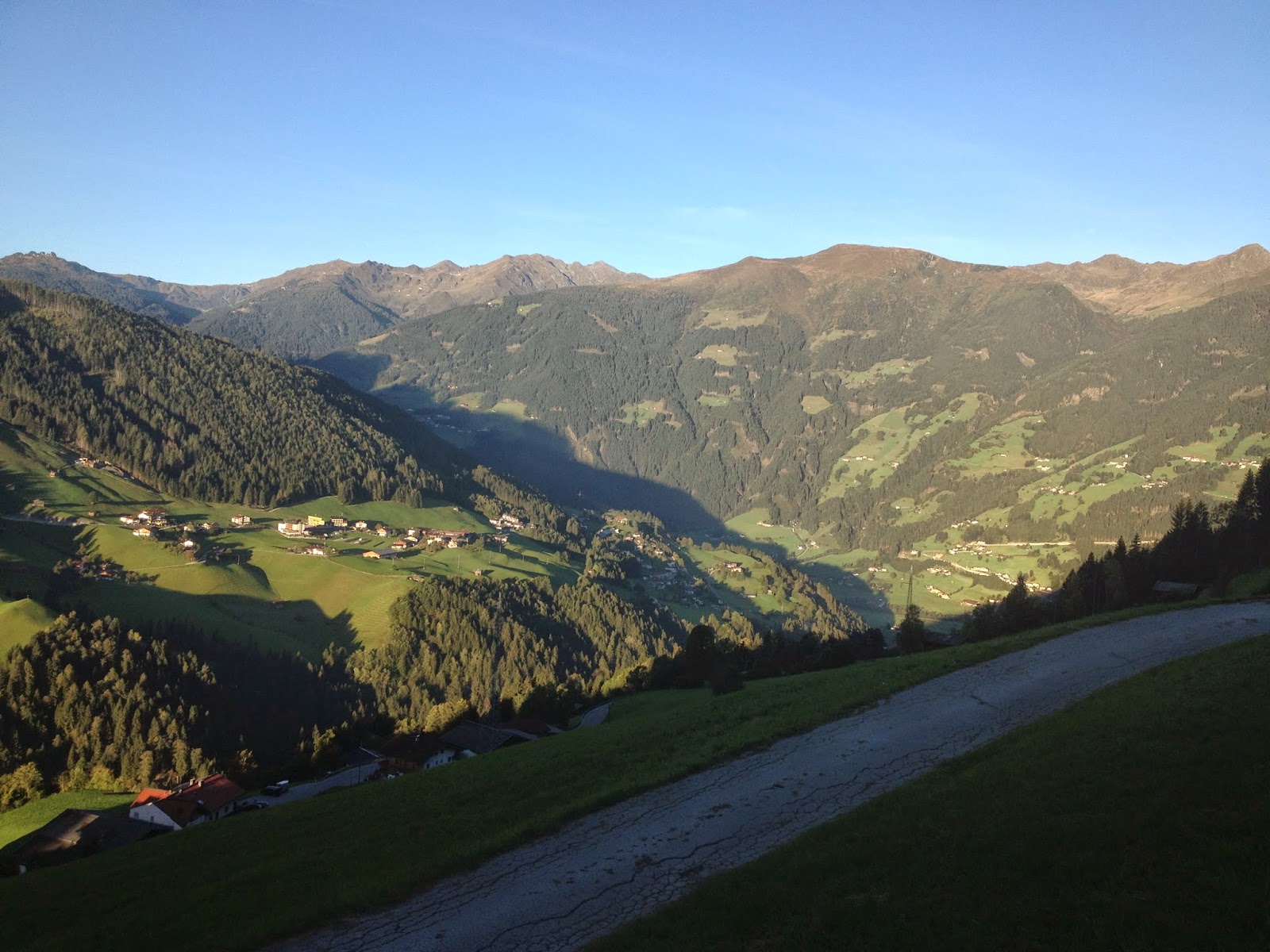 As the car wound and twisted up the mountain road along the side of the Alps, Husband could see hundreds of cattle being herded to lower lands for the upcoming winter months. Alpine cows are iconic for their clanging bells and with the windows down, the clangs echoed off the surrounding mountainsides. 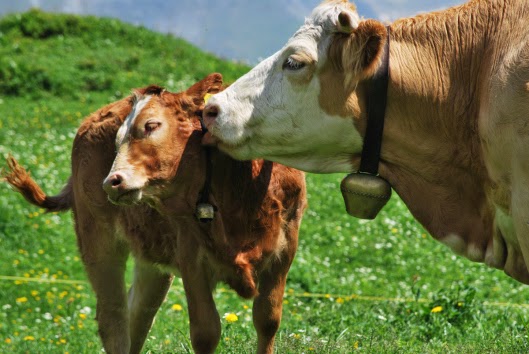 Later in the day, standing near the top of the mountain, Husband could see a heard of cattle blocking one of the narrow curvy roads down below. A line of 20 or so cars were stuck at the mercy of the cows moving from the roadway. Doesn't this sound like something out of a movie?

Maybe I'm awestruck because I grew up on a cattle ranch, but imagining this scenario was quite picturesque. I can envision standing in the beautiful countryside, on top of a mountain, listening to the clanging bells, and watching the hilarious undertaking of herding cattle. Riiiiiicola... anyone? 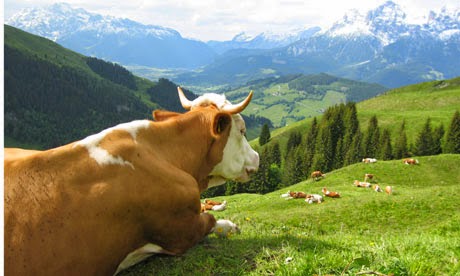 The rest of Husband's Saturday was spent working on a friend's cabin. Husband was handed a nail gun upon arrival and he was in "Tool Time" heaven. I was shocked he was put to work on his day off, but Husband said that is because "You're a girl and don't understand." Apparently, it is a guy thing. Tools are cool.

I spent my Saturday lunching with some of my favorite ladies. We visited a fairly new place in Munich called Tribeca Cafe. I had hummus and a Mexicana (hot chocolate + espresso= score!)  Afterwards, we shopped. I bought a new skirt that I can't wait to show you on Wednesday! I topped off the day with a few episodes of Gilmore Girls and a glass of prosecco. There also might have been some Cookies and Cream ice cream as well... How's that for a girl's day?

I hope everyone has a fantastic week,