Sometimes You Get Lucky

When Mainly Maren was created, one of the objectives was to allow a place for stories from our travels. I wanted readers to be able to find helpful information, tips and reviews from the places Husband and I have visited. One of the best parts about blogging on Mainly Maren is when I receive emails from readers asking for trip suggestions. It is such a joy to help others make the most of their holidays!

Last December, Husband and I sat down with his parents for their Germany trip planning meeting. I will be honest, we did not provide much help in this situation because Husband's dad is a top notch trip planner! After their two week vacation in Germany turned out to be a big success, I invited Terry to guest write on Mainly Maren explaining how he planned. Terry also included some of his recommendations. 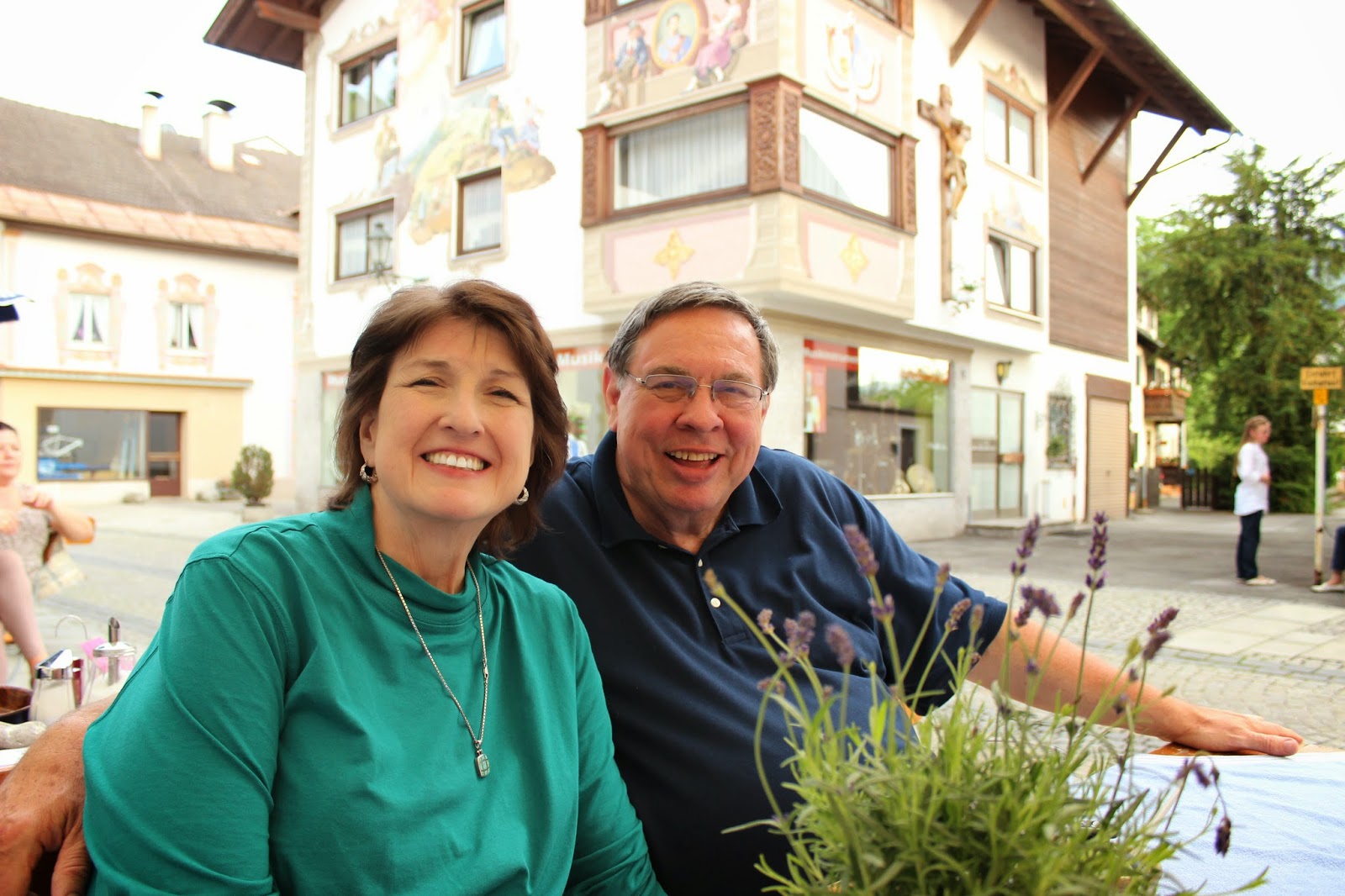 So here he is, Husband's dad, Terry:

My wife, Debbie, and I spent 2 weeks in June visiting our son, Andrew, and daughter-in-law, Maren, who are currently living in Germany, just outside of Munich. 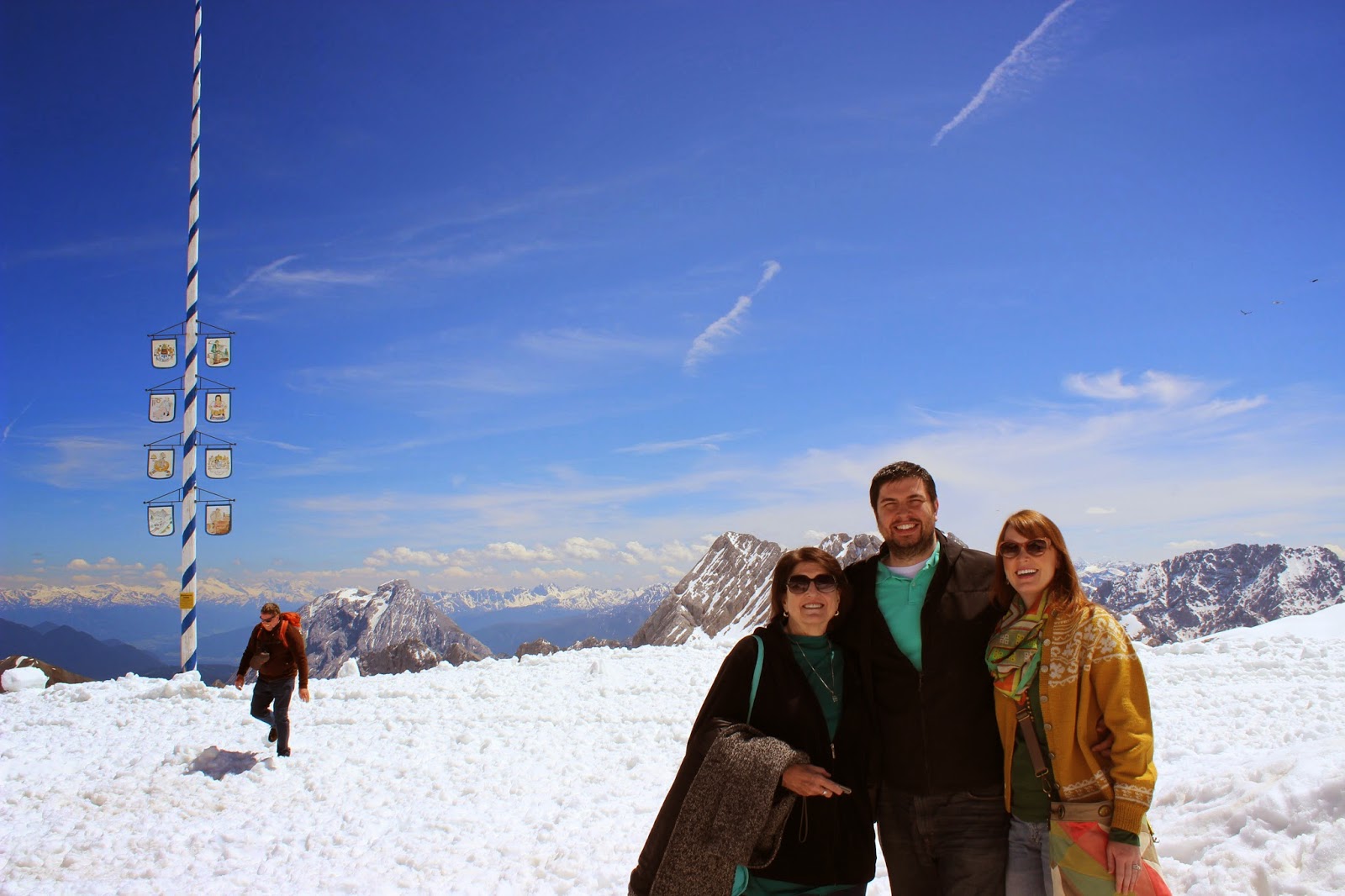 A good vacation needs a good plan, especially when travelling during the busy summer season to very popular tourist destinations. Having spent several months researching destinations and hotels on Trip Advisor and several guide books, I had a good plan, but sometimes you just get lucky. 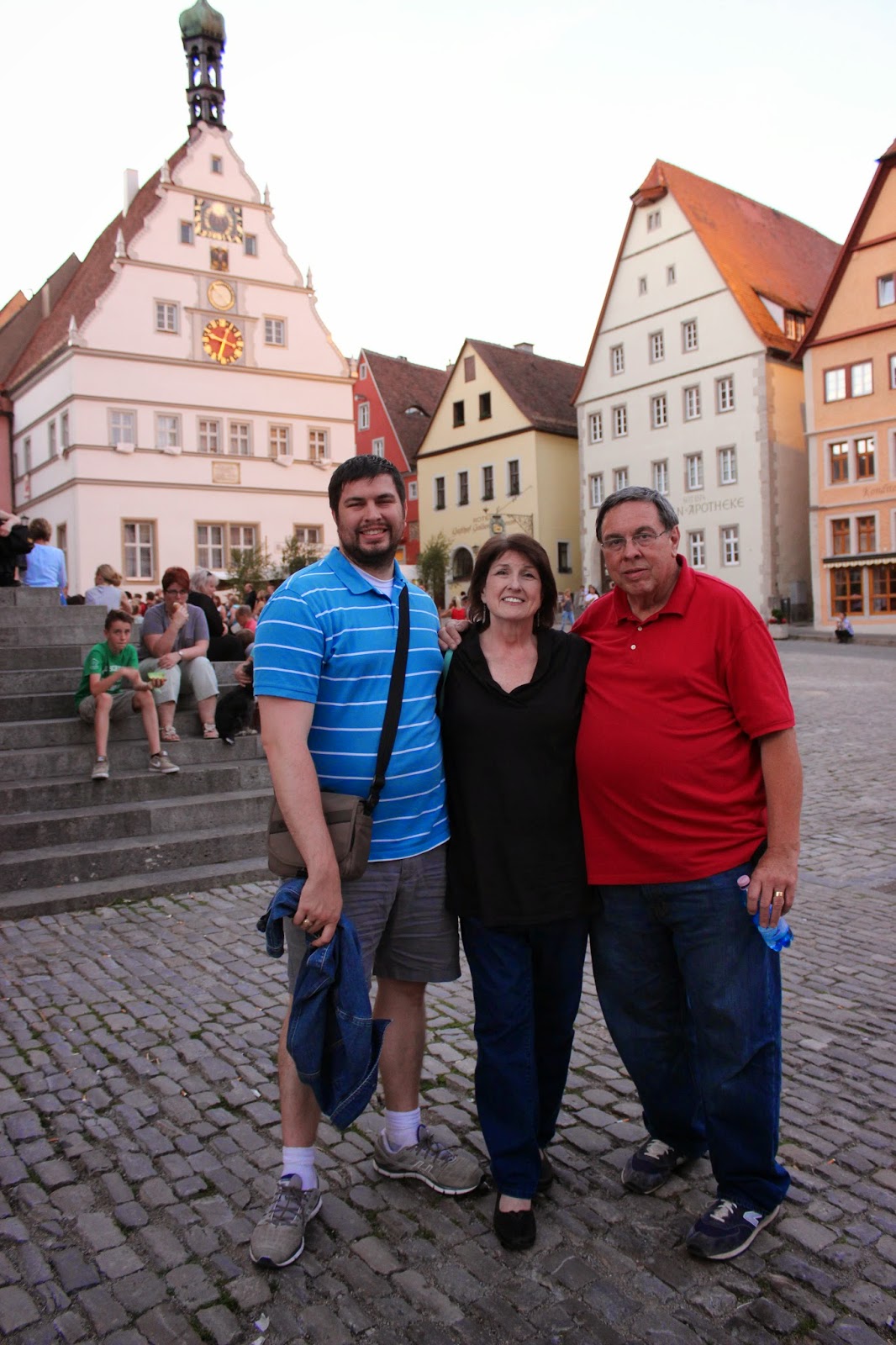 We rented a car in Munich and traversed Bavaria, stopping in Fussen, Garmisch-Partenkirchen, Rothenburg ob der Tauber, and Regensburg. In Fussen, we were walking back to our hotel after visiting the Kings Castles and trying to decide what to do for dinner when we stopped in front of a restaurant to look at their posted menu.

At that time a woman came by, stopped, and said if we were looking for a good restaurant, she knew of a great place just up the street where she had eaten the night before. She couldn’t remember it’s name, but she was going past it and would point it out to us.

It turned out to be the Ritterstub’n and it was the best meal we had in Germany. The pork and spatzle were terrific. It was in a 500 year old building with a plaque showing the names of every owner. Luck brought us there and it was fantastic. 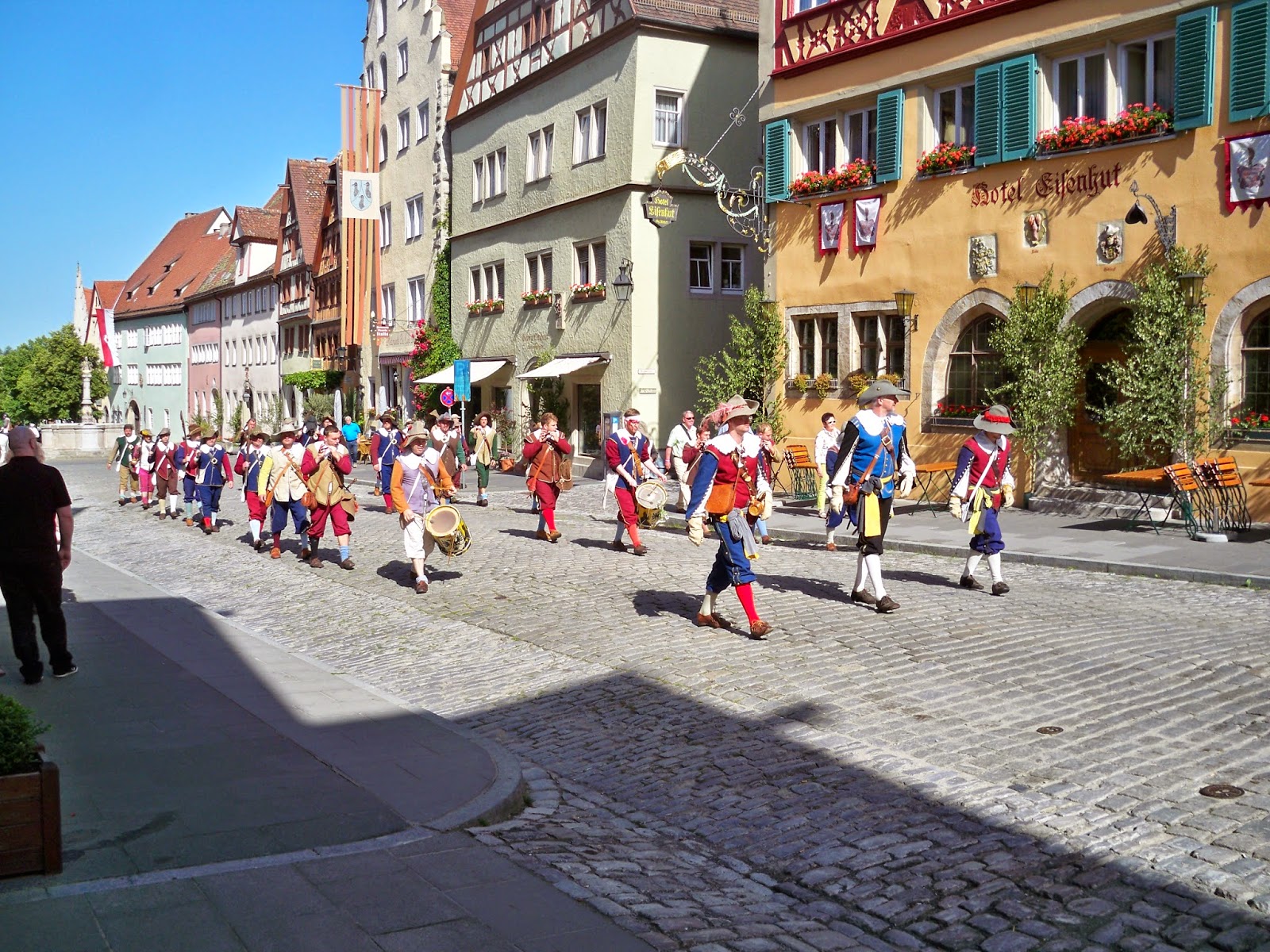 Luck also contributed to our best hotel and best overall experience. From what I had read and from talking to Debbie’s sister who had been there, we knew we wanted to go to Rothenberg ob der Tauber, an old walled medieval city. I had planned for a weekend stay just because it best fit our schedule and was planning to stay in a hotel recommended by Rick Steves in his book, but as luck would have it, it was full, so I went with a hotel reviewed in Trip Advisor and it was by far the best place we stayed. 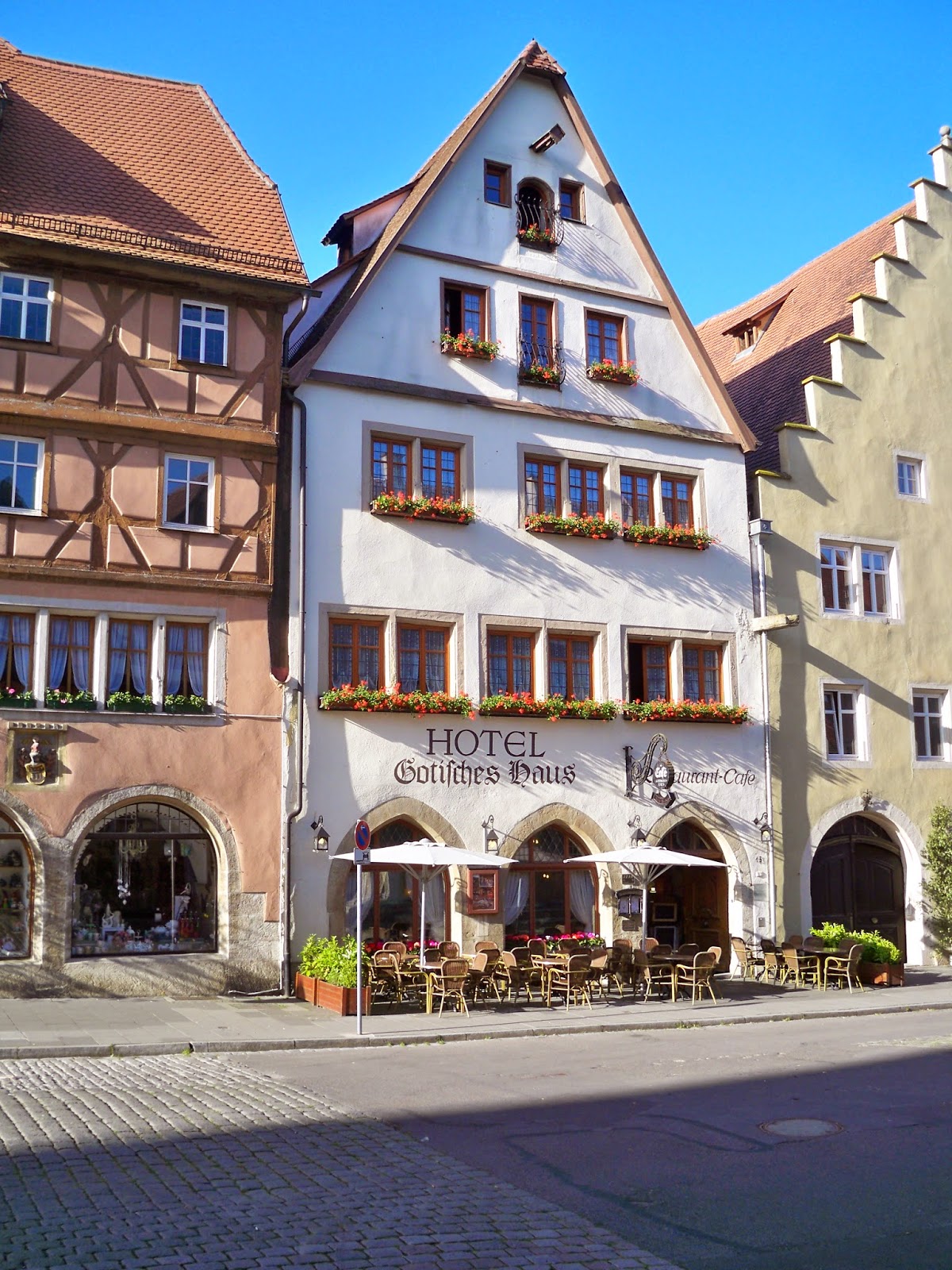 The Hotel Gotisches Haus is a 700 year old building that still has original timbers in the ceilings but has been fantastically remodeled. We stayed in room 30 which I would highly recommend. It has a deck overlooking the city and the valley. The bathroom has great looking stone work and a large double tub. The hotel even has an elevator.

The other lucky part of our stay there was timing. After I had made reservations I received an E-mail from the hotel manager saying they were sorry, but we would not be able to drive into the city and park in front of the hotel because it turned out to be “The Master Draught” festival weekend. We had to carry our bags from a lot outside the wall, but it was well worth it. 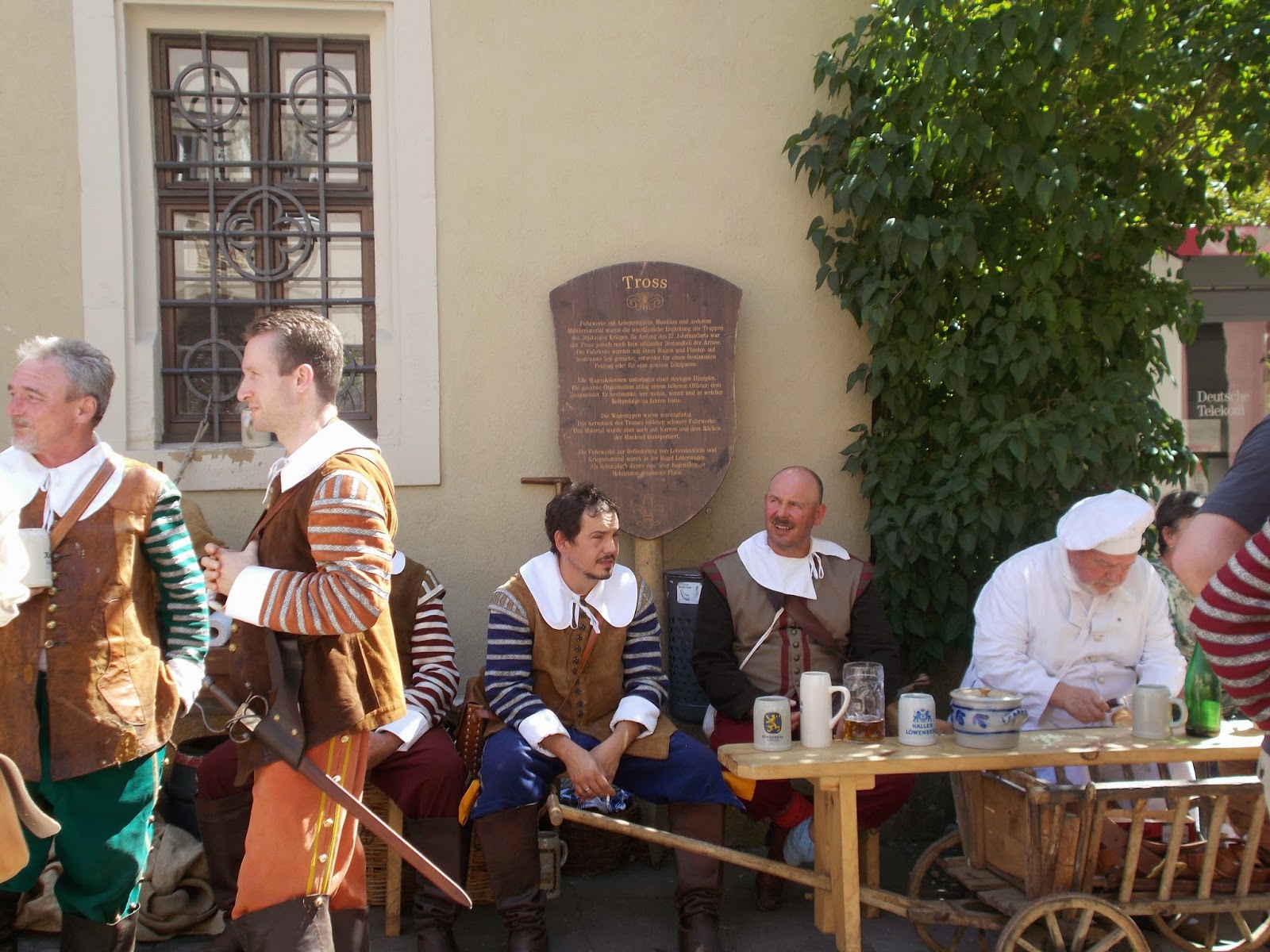 The festival included an open air market and hundreds of performers in medieval costumes. Our hotel was next to “The Armory”. We came out once to see more than a dozen soldiers in full armor lounging at tables and drinking tankards of beer, all of this while cannon fire was going off over head. Platoons of soldiers marched through the streets singing. We also saw mounted barbarians kidnap fair maiden tourists and hold them for ransom. 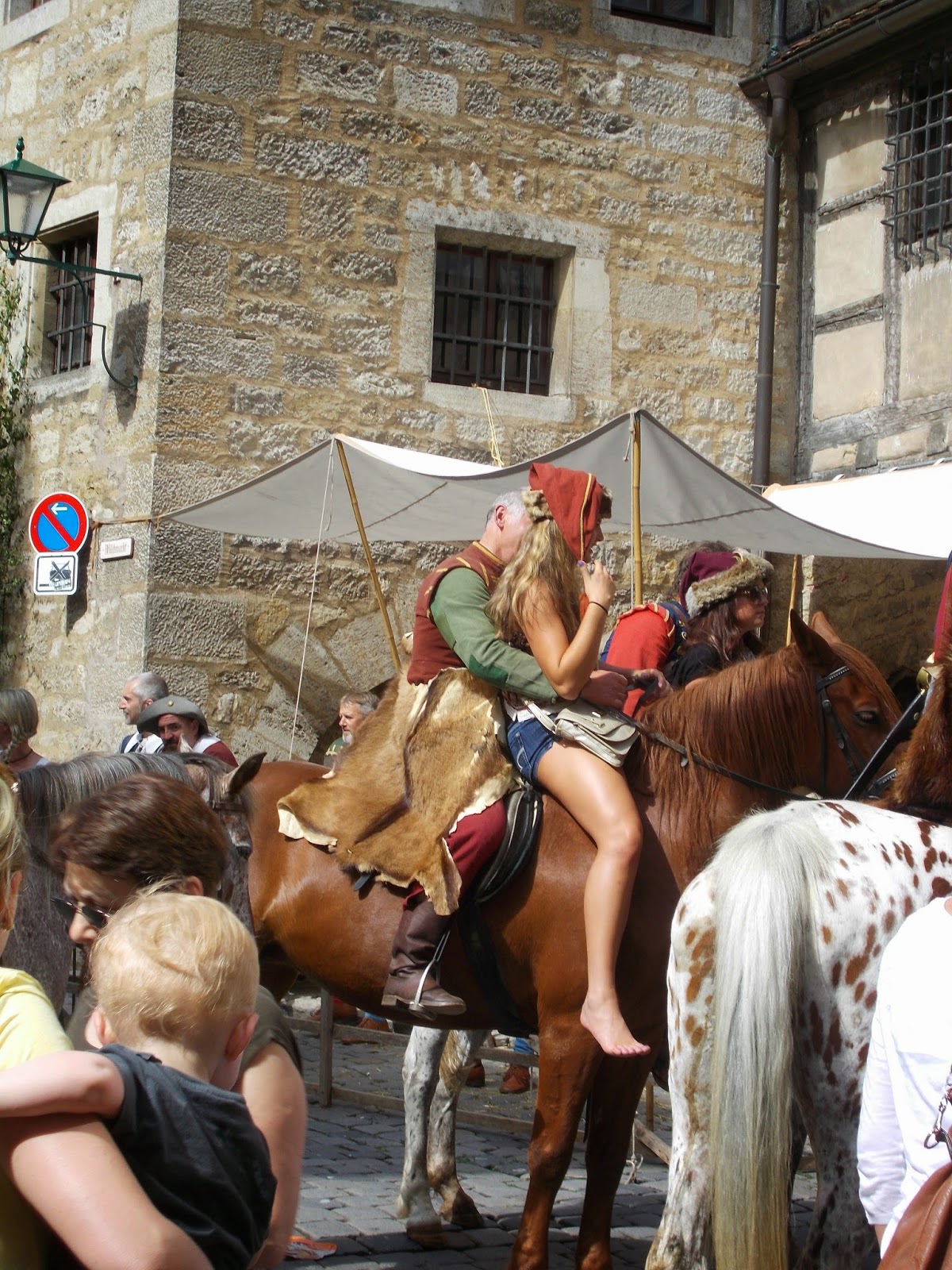 The weekend was the high point of our trip thanks to good planning and a lot of good luck.

I agree with Terry, the best part of their visit was when we again visited Rothenberg o.b. Tauber. The festival took over the city and I felt like we had stepped into a fairy tale. Husband and I already have marked our calendar with “The Master Draught” festival dates for 2015. Who's coming to visit? 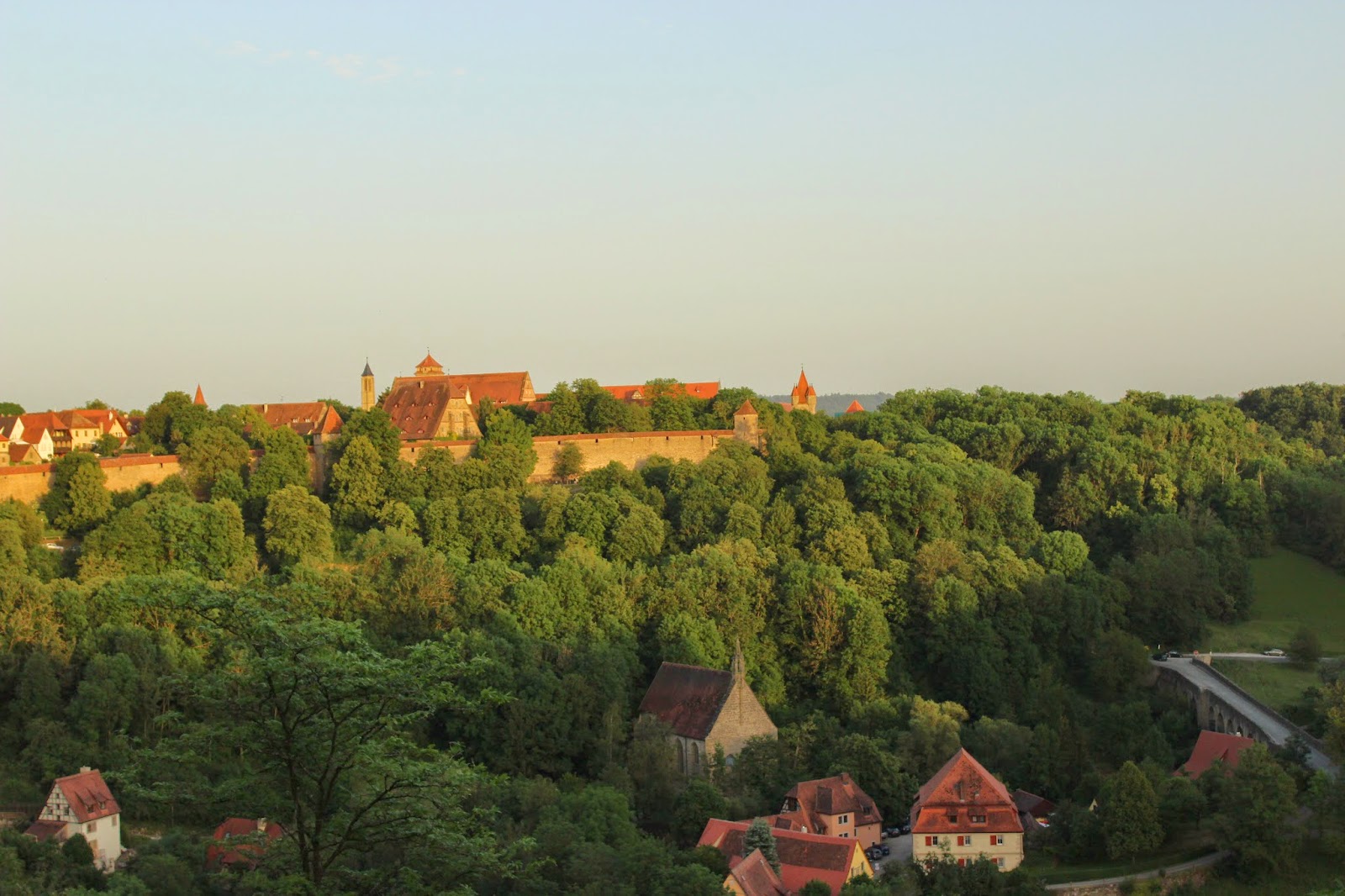 Husband and I have visited Rothenberg several times during our time in Germany. Each visit has shown another majestic part of the famously walled medieval city. I highly recommend a day or two spent in Rothenberg o.b. Tauber when making trip plans to Germany. 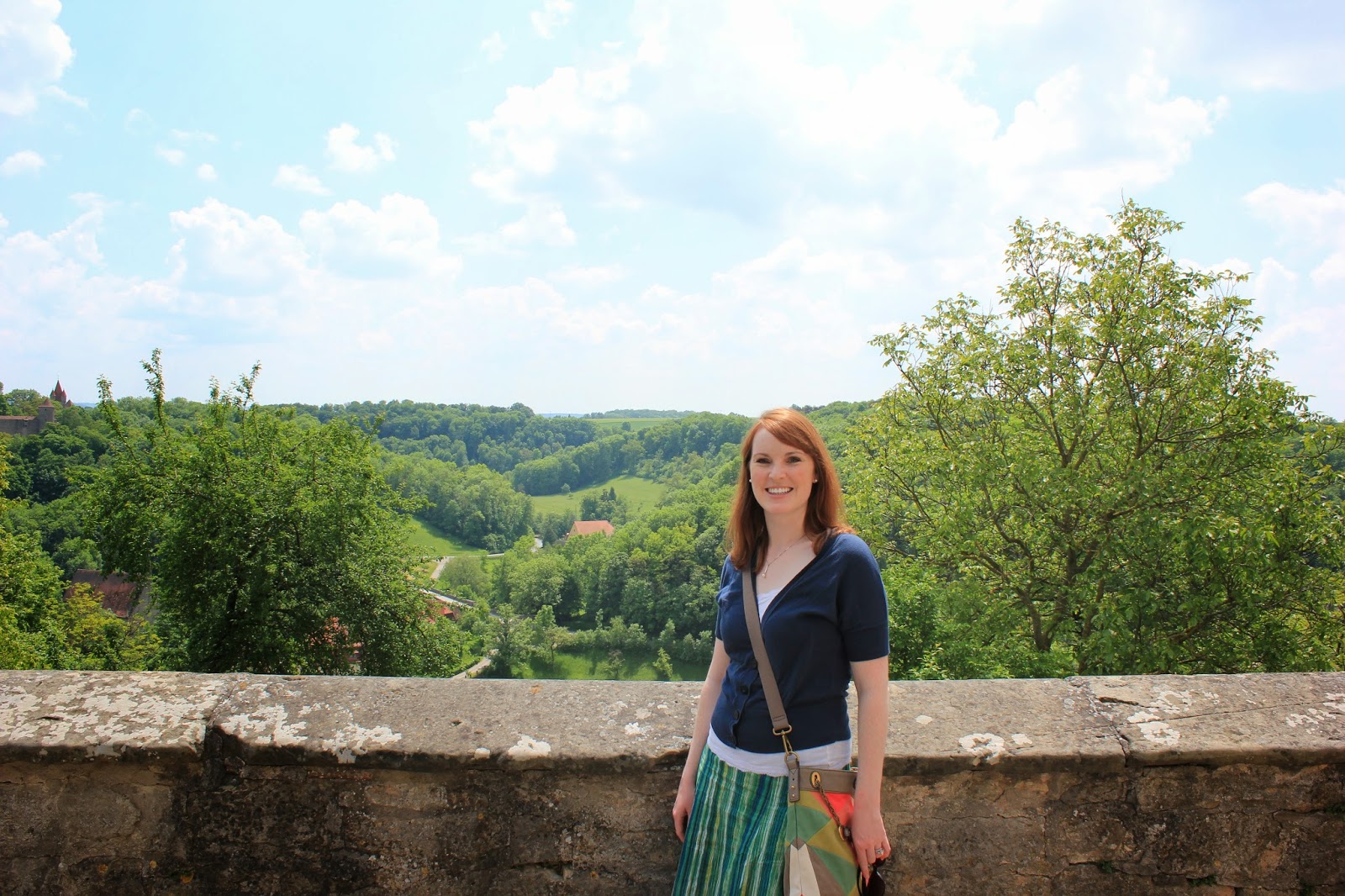