Husband and I have had a fun-filled weekend, one that was really needed during the adjustment of moving halfway across the world!  Friday afternoon we decided to head to Dachau to check out their local beer festival.  We had heard it was a lot like Oktoberfest but on a smaller cheaper scale.

On our local train platform we purchased our 3-Day Partner ticket that would get us to Dachau and wherever else we needed that weekend.  Looking more closesly at the ticket we realized it was only valid for Rings 1-4.   Yikes!  We were 6 rings away from Ring 4....we had bought the wrong ticket. With the minutes passing and the next train down the tracks getting closer we debated what to do.  We could play "Dumb Americans" and just get on the train with the wrong ticket or we could take the train to the Central Station and try to get refunded to purchase the correct ticket OR we could walk 3 blocks to the bank, get more money, come back and buy the correct ticket missing the upcoming train.  We choose the latter.  Thank goodness we did!  When we switched trains at our transfer station 45 minutes later the doors opened and standing right in front of us were two DB Employees very capable of yelling "Tickets!"  We did the right thing and it paid off avoiding a hefty fine.  Plus we are running low on "Dumb American" cards.

Here are a few photos from Volksfest in Dachau, Germany: 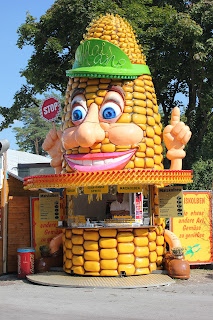 Kind of a corny stand, don't ya think? 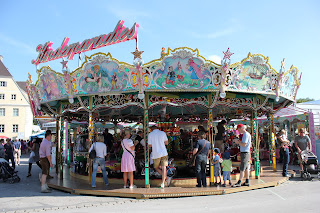 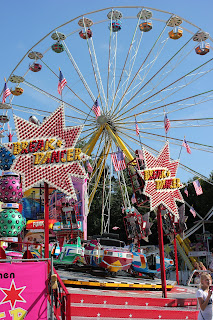 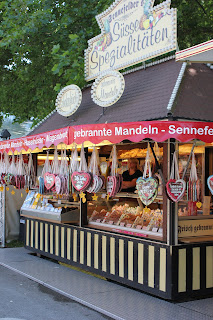 Gingerbread hearts are tradition.  A lot different from our corn dogs and funnelcakes. 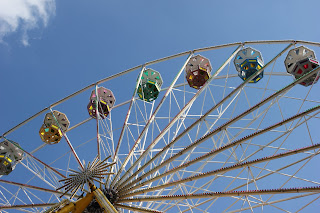 We are sad to miss the State Fair of Texas this year but this sure does help! 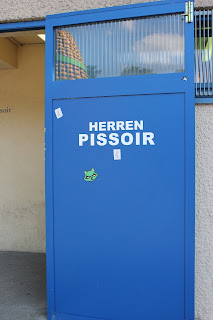 This is slightly inappropriate but it was too funny.  Apparently this is not uncommon in Europe. 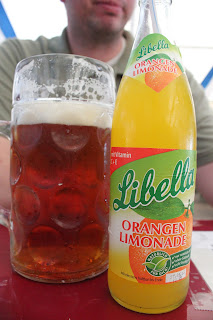 In the beer tent I was the only one not drinking beer but instead a soda. 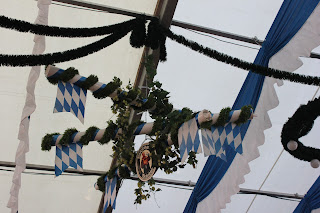 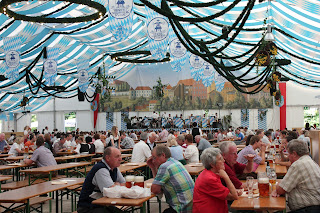 Another beer tent with a traditional band stand at the front.

After talking to some veteran festival attendees and finding out that this "Volksfest" is much smaller than "Oktoberfest" I decided to do some research.   As a former Girl Scout I believe we must be prepared...even if it is for a beer festival.

Important Information to Know About Oktoberfest:

1st- It is in September NOT October.
2nd- We should have made table reservations back in January.
3rd- If you plan to visit us, we will need to know in December.
4th- Do not go to Oktoberfest on a Saturday.
5th- Do not drink the Schnaps.  So we were seriously told.
6th- Wear dark colored Dirndls because apparently beer spills.
7th- People dance on tables, even the Grandmas.
8th- The Italians come over and attend the second weekend.
9th- More than 5 MILLION people will attend over 16 days.
10th- It is the largest beer festival in the world....

Or I found this funny informative video on YouTube explaining what to expect at Oktoberfest: