After spending Easter weekend in Rome, Husband and I drove 3 hours south to Pompeii. Husband is very interested in Roman history and was very excited to spend the day in walking the ancient streets. I on the other hand...was just along for the ride. 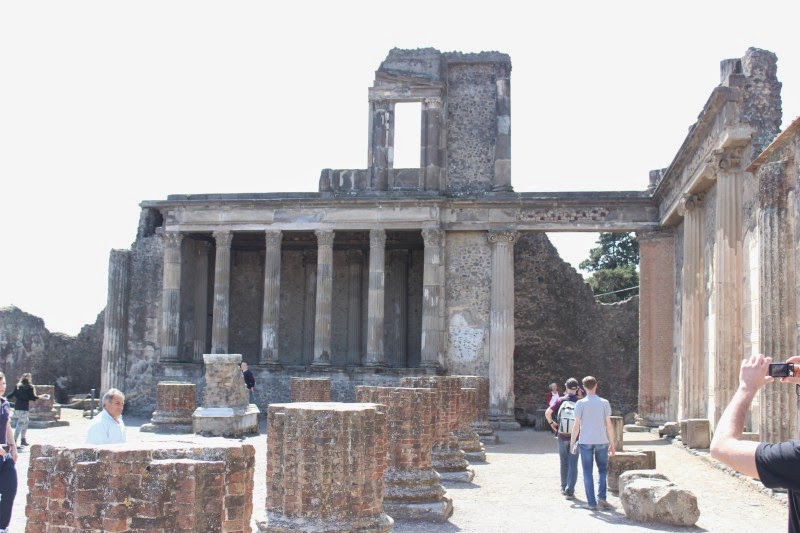 There we visited the ancient Roman city that for decades was buried under 4 to 6 meters of volcanic ash. A victim of tragedy, Pompeii was rediscovered in 1738 and has been a tourist attraction for over 250 years. Today millions of visitors stop by to see the well preserved frescoes and building remains each year. Pompeii is listed as a UNESCO World Heritage site. 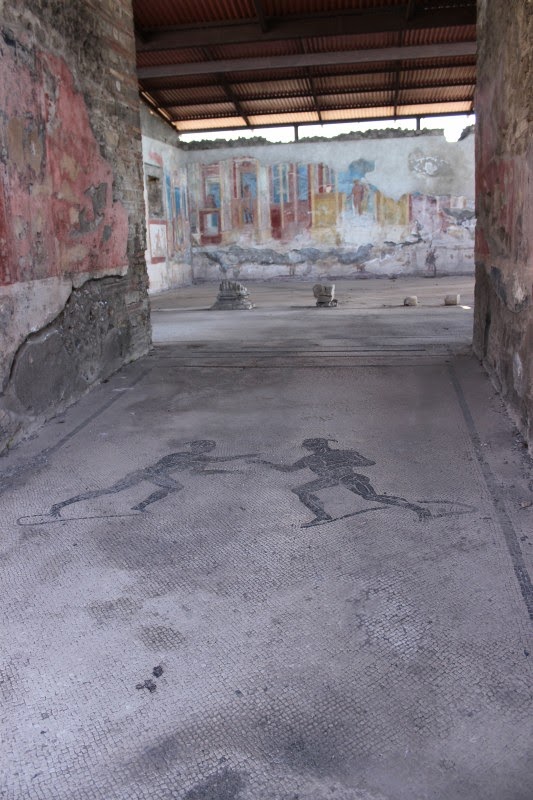 Husband and I got to Pompeii early in the afternoon. This is one of the few attractions we did not purchase tickets ahead of time. There was a line but it moved relatively fast and we only waited about 20 minutes to enter Pompeii. 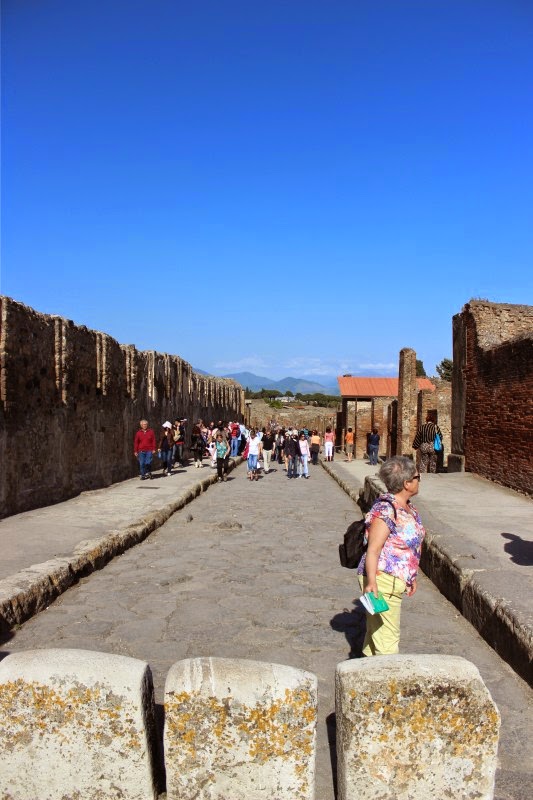 Inside Pompeii I quickly learned how slippery the cobble stoned dusty roads could be. I wore my Toms after hearing advice from a friend to wear good walking shoes. Toms might not be the best walking shoes but I refuse to wear my tennis shoes with tunics! My flat bottomed Toms slipped under my feet several times. Twice I had to grab Husband's arm and hold back a few four lettered words . The stones are often laid a few inches apart and there are deep dips in between. If you plan to visit Pompeii, wear good shoes! 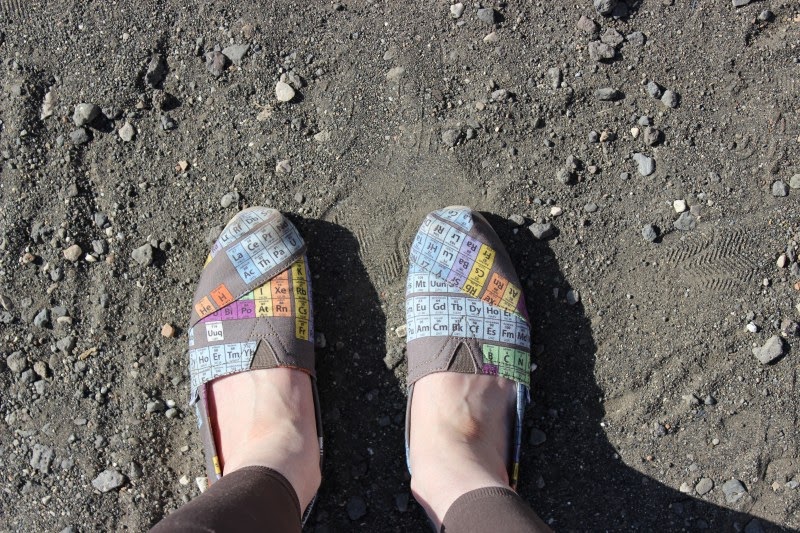 Husband and I walked around Pompeii for close to three hours without any water. Many times we saw people filling up plastic bottles from water fountains but we were not prepared. We kept our eyes opened for a vendor or snack bar but deep inside the city such things did not exist. It was only when we were back up near the entrance to Pompeii that we realized there was only the one snack bar. Luckily, the temperatures were not too high but Husband and I were feeling dehydrated during our walk around the city. 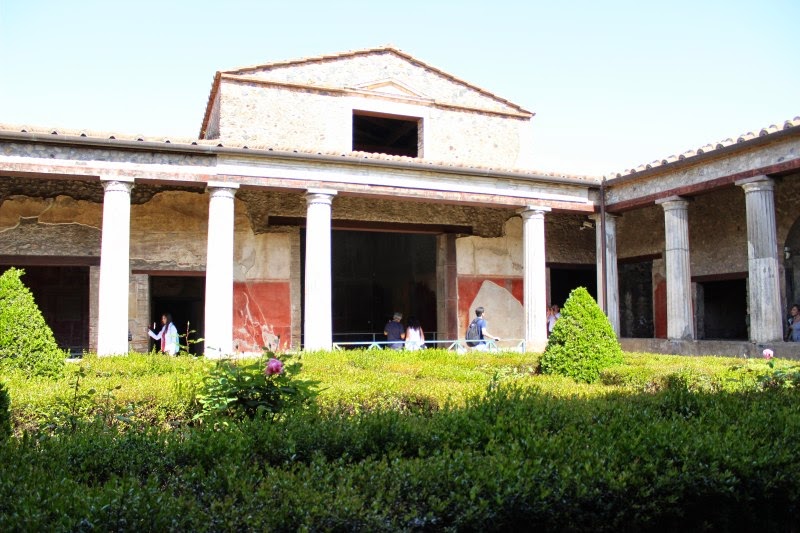 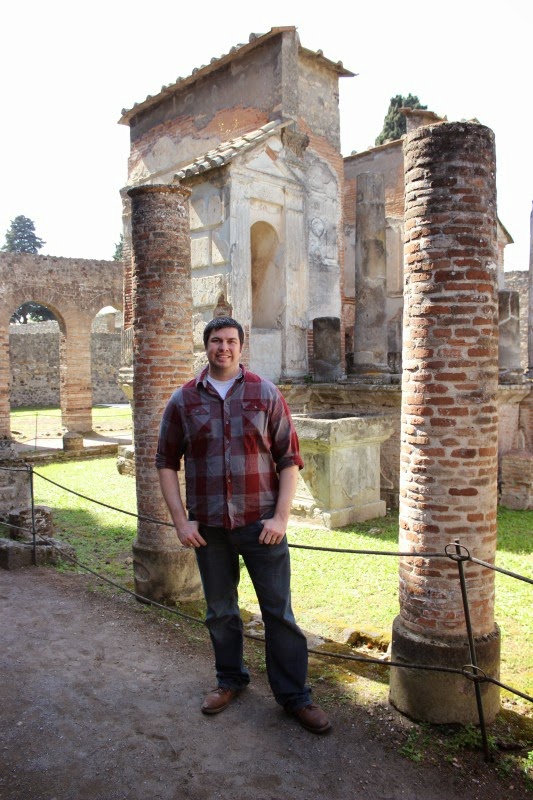 My favorite part of Pompeii was getting lost among the many ghost like streets. When Husband and I first entered the city we turned to the right after seeing the masses heading up a straight road. On the outskirts of the city, we felt alone walking around and were able to poke our heads inside rooms off the beaten path. What we were able to view might not have been as amazing as the sites that attract the tourists, but seeing near perfect mosaic floors surrounded by wild growing Spring weeds is still quite a site. 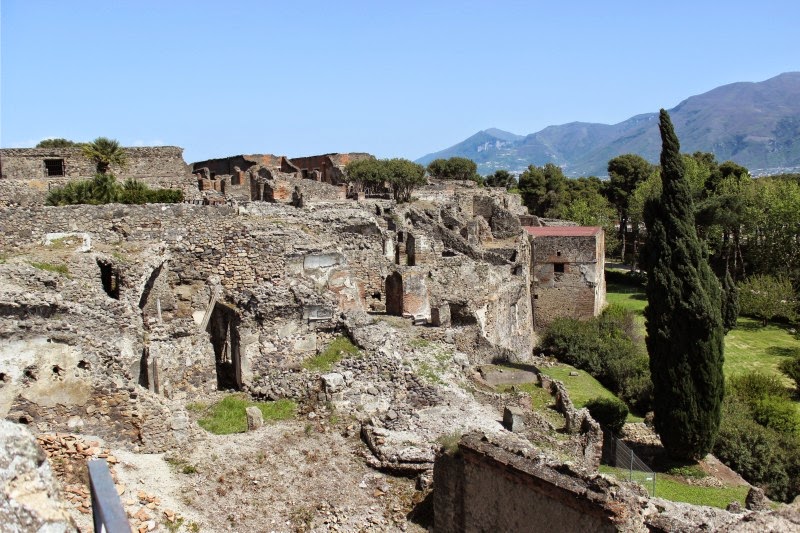 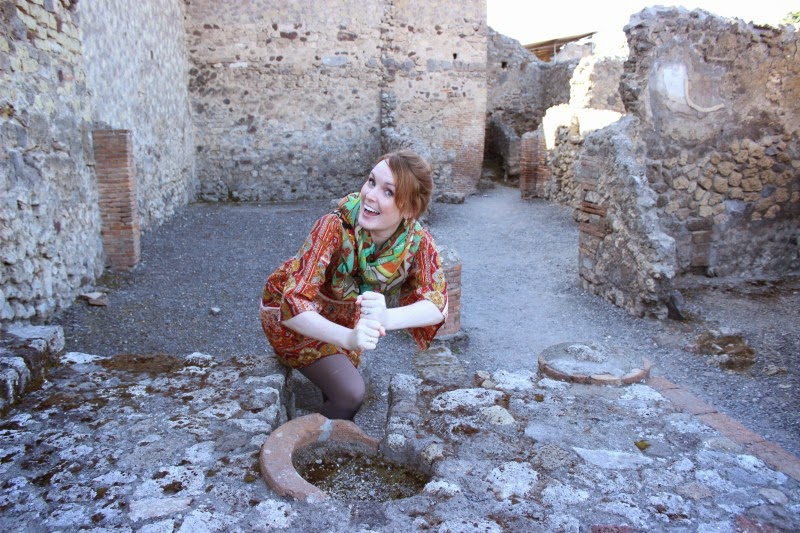 "Cooking" in a Fast Food Establishment

Towards the end of our visit to Pompeii, Husband and I stopped by one of the collection exhibits. Behind massive barred gates, we saw row after row of everyday ancient Roman items discovered underneath the ash. Nearly perfectly preserved, were wine jugs, dining tables, water fountains, and 100's of dusty crates holding thousands of other items not on display. Seeing the bodies of a mother protecting a child, frozen in time, or a dog gasping for his last breath really brought Pompeii into prospective for me. 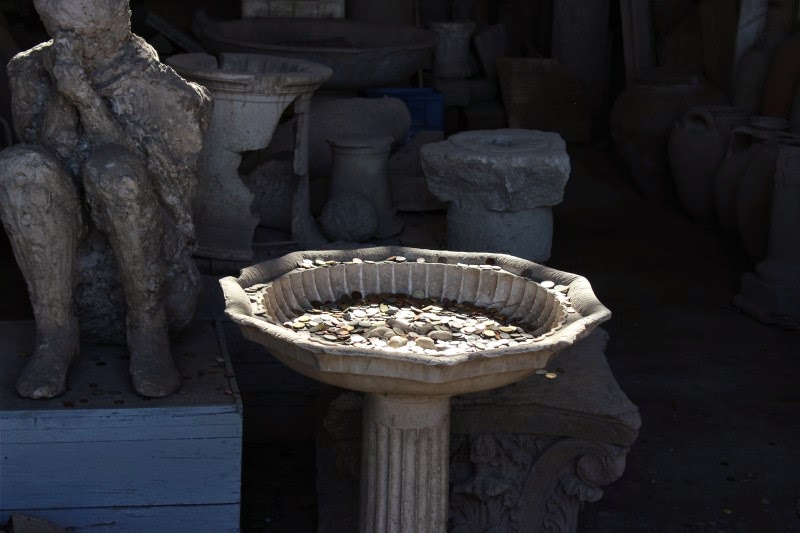 If you are visiting Rome, Naples, or Sorrento make sure you plan a day visit to Pompeii. You can spend 2 hours, half a day, or a full day exploring the ancient ruined streets. Just remember, wear comfortable shoes and take a water bottle!