Big news last month, Dunkin' Donuts opened shop in Munich, Germany. Other nearby locations include Bulgaria, Turkey, and Spain so this was HUGE for fans of the Americana couture. Can you even call donuts couture? 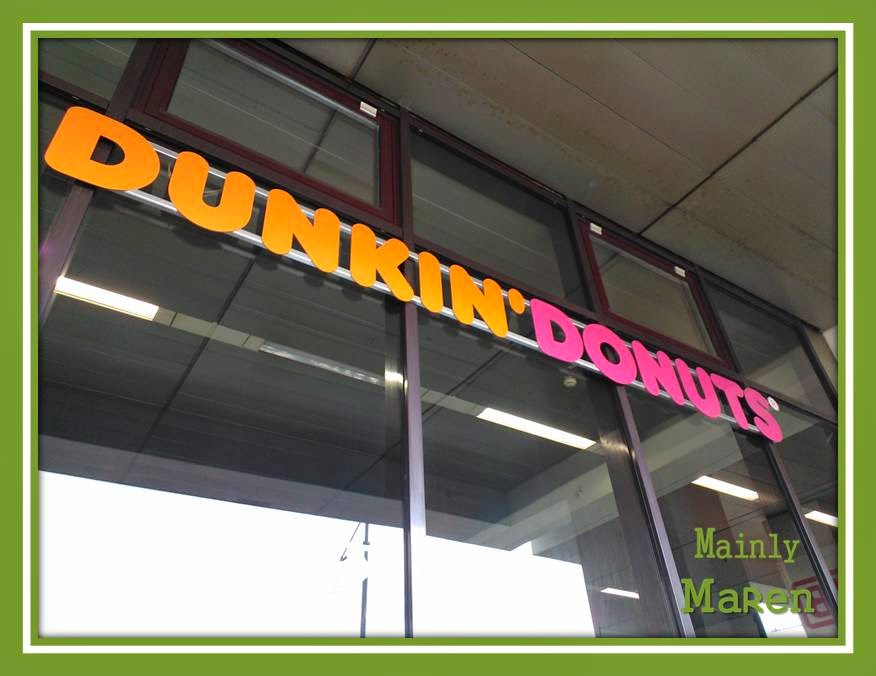 Being the naive American I am, when my British friend casually asked "Dunkin' Donuts on Wednesday?"  I replied, "Sure. Why not?"

What I would later come to find out... Wednesday was the Grand Opening! 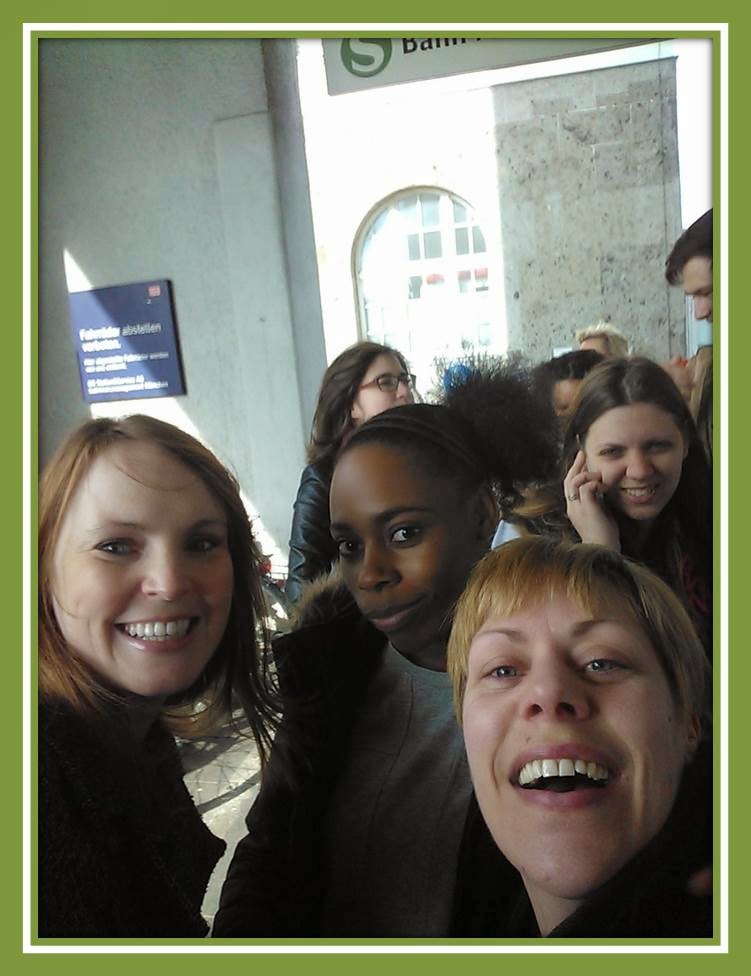 In a city of 1.3 million residents and only a few local versions of American donut shops...(Simpson's decor? Really??) you can imagine how many people turned up for the event. Every radio station shared the exciting news, it was a popular topic at work, and slowly plastic bags bearing the bright Dunkin' Donuts logo started appearing out on the streets. 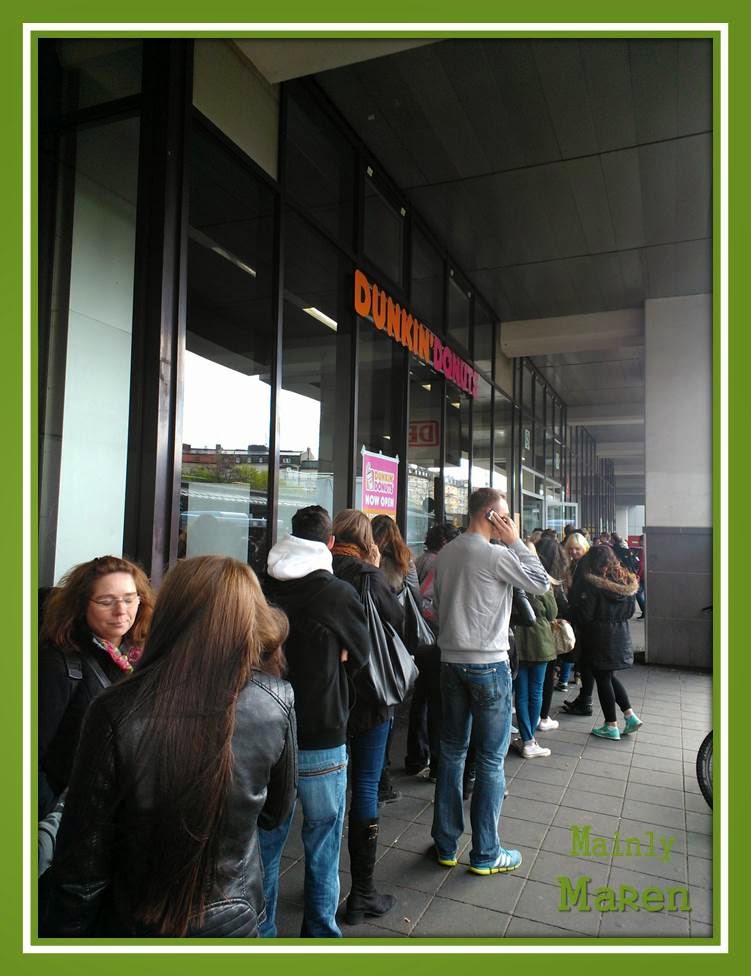 They say the line started forming well before 6 a.m. When we arrived at 16:30 the line wrapped around the building. It continued to snake along well inside the Ostbahnhof. I daresay we were also among the senior citizens in line at an age averaging around thirty years. The other patrons seemed a decade or so younger and I felt my bright clothing seemed a bit out of place. We waited a whooping 45 minutes. 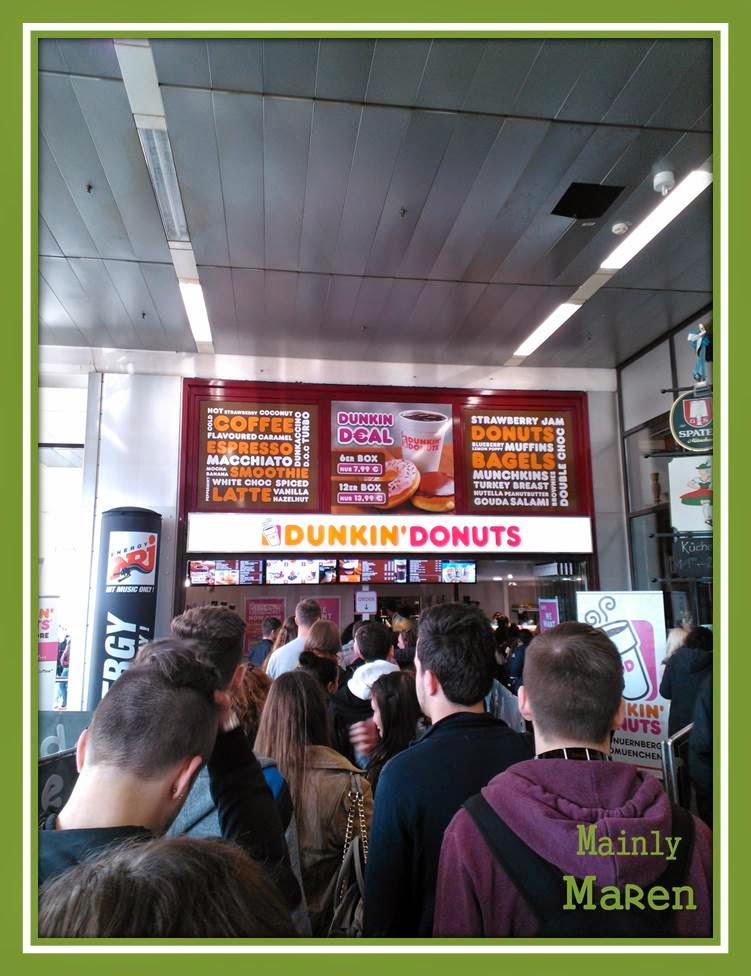 With a line that long, you can imagine how quick the ordering process was handled. As a person who normally is overwhelmed by long menus, comparing and contrasting items to make the most perfect decision possible, I knew now was not the time to engage in such thought. Stepping up to the glass counter, I ordered "Two Boston Creams, Two Chocolate with Sprinkles, and Two Glazed." Not making eye contact with the iced aqua blue donut or the pretty iced pink heart donut or the one with chocolately swirls, I moved down the line quietly whispering to myself "I'll be back." 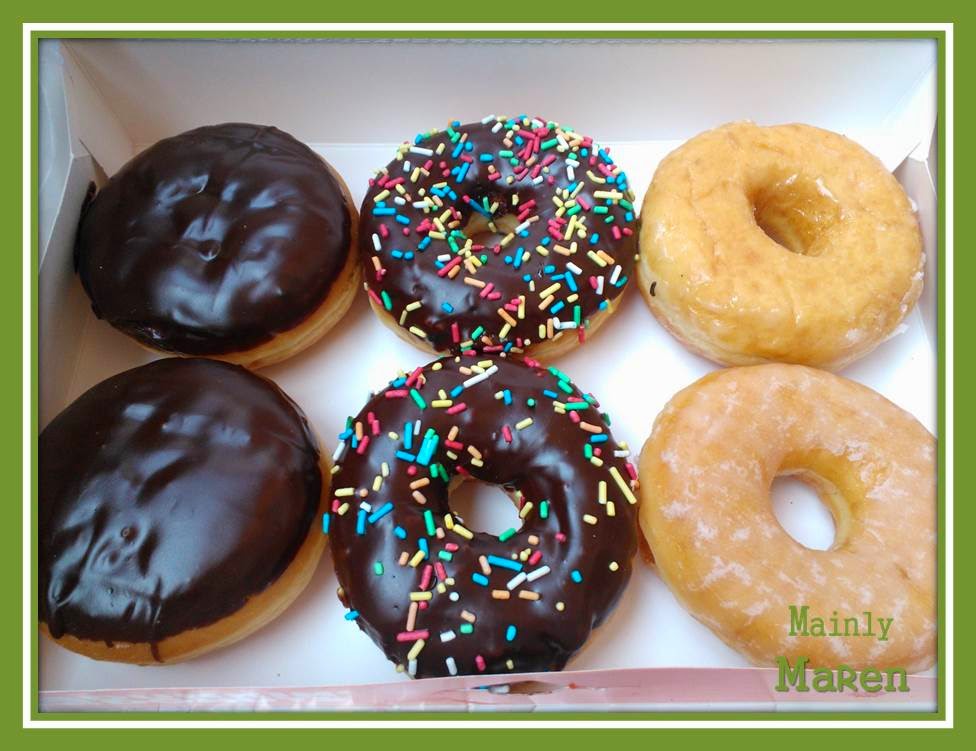 In reality, I'm not a big donut fan. Back in The States on the rare occasions when I do stop into a donut shop, I order sausage and cheese koloches. Visiting Dunkin' Donuts in Munich was a nice change from the typical German bakeries.  For a little bit it was nice to feel at home reading a menu in English and feeling as if I was in a familiar space. 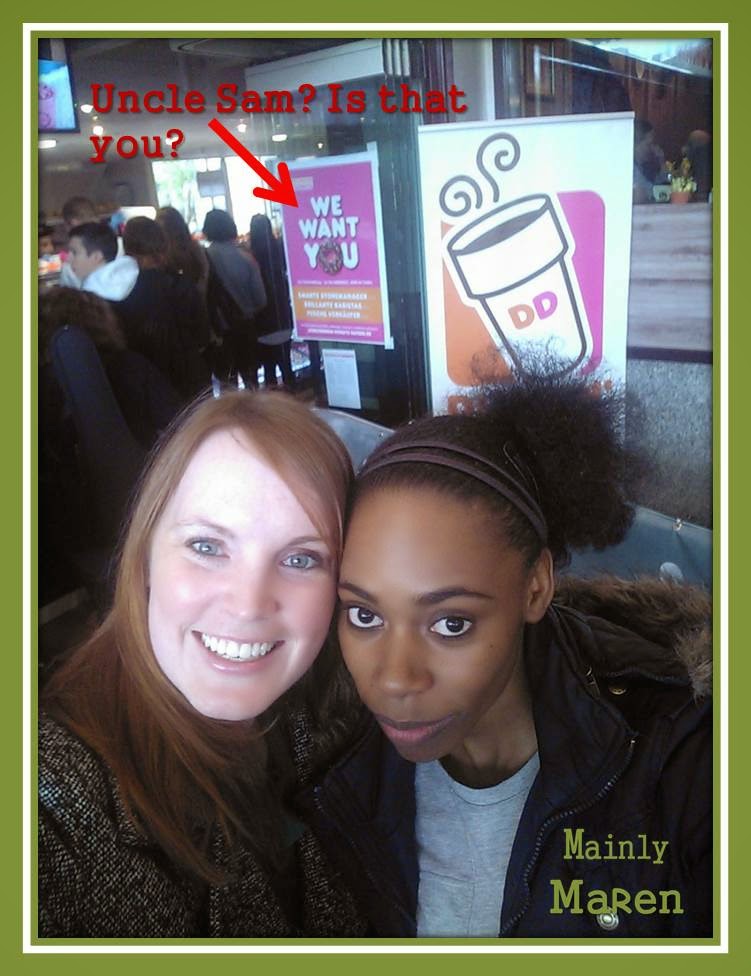 In honor of Throwback Thursday, this is a photo of my last visit to a Dunkin' Donuts during Spring Break on a roadtrip with friends back in 2010. I remember we drove for miles trying to find a Dunkin' Donuts because their coffee is so delicious. I don't think one donut was ordered during that drive thru run. 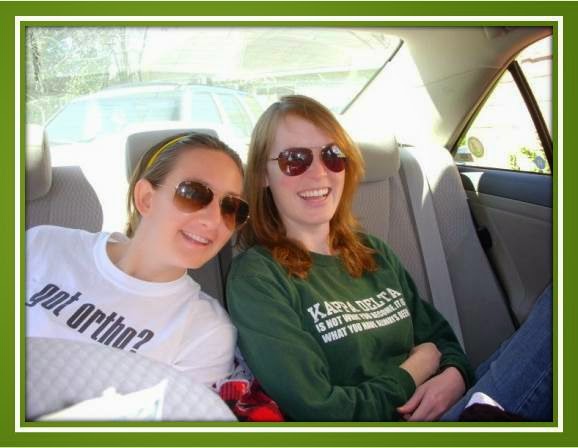 Are you a big Dunkin' Donuts fan? How often does your household get donuts?